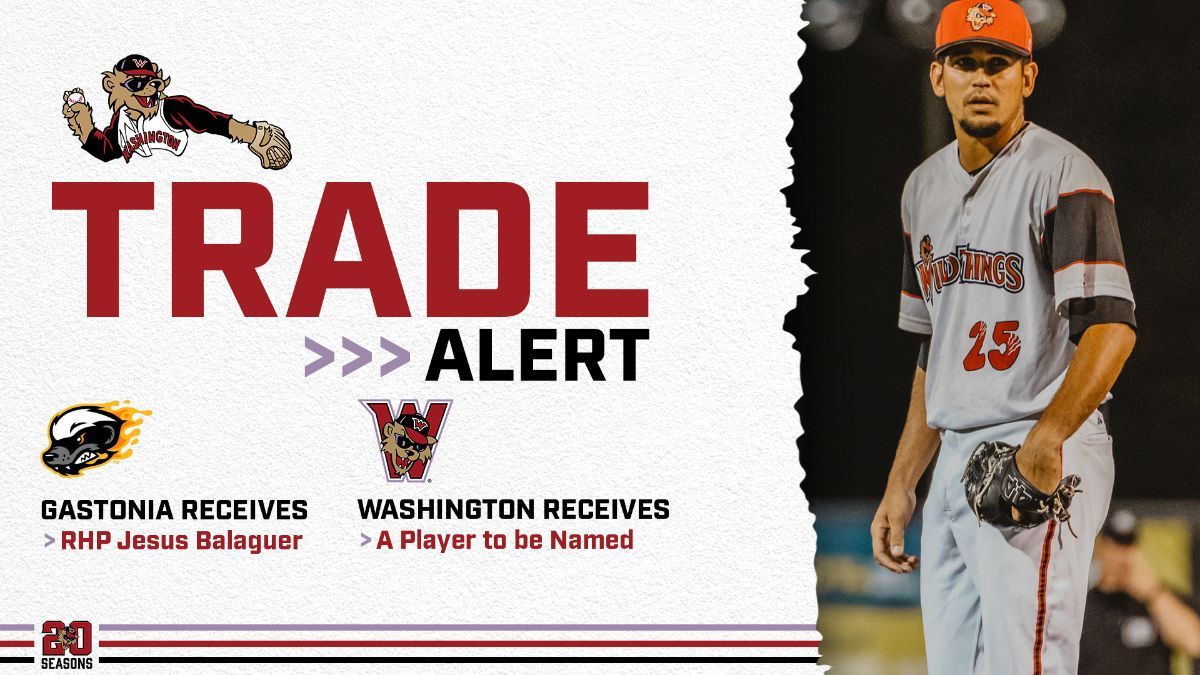 WASHINGTON, Pa. (Jan. 24) - The Washington Wild Things have traded right-handed pitcher Jesus Balaguer to the Gastonia Honey Hunters of the Atlantic League for a player to be named. The team announced the deal today.

Balaguer spent four summers in Washington as a key piece out of the bullpen, with three of those summers in Frontier League play. The Cuban-born pitcher began his US-pro career in 2017 in the Houston organization after playing professionally in Cuba. He arrived in Washington in 2018 and struck out 34 batters in 18 regular-season innings before shining in the 2018 postseason.

In 2019, after having his contract purchased in the offseason by the D'backs organization, he pitched in one game for Kansas City (American Association) before returning to the Wild Things and pitching his way to a 2.33 ERA and a 5-3 record in 35 appearances. He logged 46.1 innings and fanned 55.

He pitched for the Steel City Slammin' Sammies and fanned 16 in eight innings in pod play in 2020 before helping the Wild Things to another division title and FLCS appearance in 2021. He logged 43 innings last summer and yielded just 31 hits to 48 strikeouts.

Gastonia will send a player not yet named to Washington.

"It was important to assist Jesus in the next chapter of his playing career, getting him closer to his home in Tampa and in a league fitting his age bracket," said president and general manager Tony Buccilli. "We are so appreciative of the energy he brought to the ballpark, the mentorship he provided to the bullpen and his dominance on the mound over the years. Jesus is a special person, great teammate and we are proud to call him a Wild Thing."