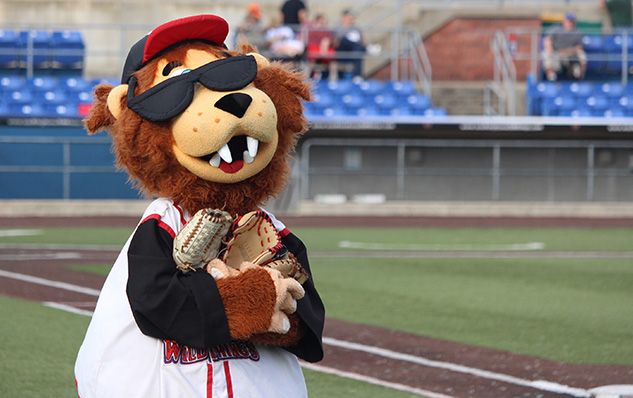 The Washington Wild Thing is a unique individual.  People often ask is he a bear?  Is he a dog?  Is he a cat?  The answer is that he’s a WILD thing.

Rumor has it that Wild Thing traveled to Western Pennsylvania from his home in the swamps of the Mississippi.

When Falconi Field (now known as Wild Things Park) was under construction in 2001 and 2002, the construction crew spotted a wild animal. This creature became a regular around the site. He was elusive, but one morning workers found him sleeping in one of the dugouts!

He has become, without a doubt, the number one Washington Wild Things' fan. He attends all home games, rooting for his favorite team, leading the crowd in team cheers, and even used to do his world-famous Wild Thing "work-out."

The Wild Thing says his favorite foods are hot dogs, peanuts, and Cracker Jacks, all of which can be found in the Wild Things Park concession stands. He's even acquiring a taste for funnel cakes! His favorite pastimes include watching the Wild Things, attending concerts and wrestling events, and he really enjoys the Sip Away events held at the field.. He amuses himself by launching t-shirts and hot dogs into the crowds of fans at Wild Things games.

The Wild Thing loves to meet and greet baseball fans at Wild Things Park; you’ll often find him in the parking lot welcoming folks to the park. Plus he loves making appearances at schools and events when he has time in his busy schedule. 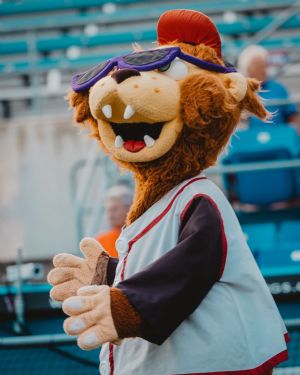 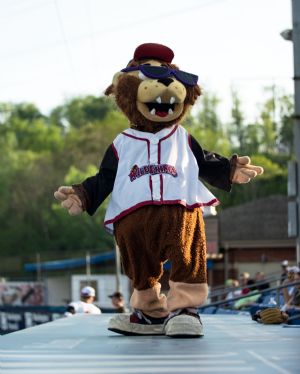 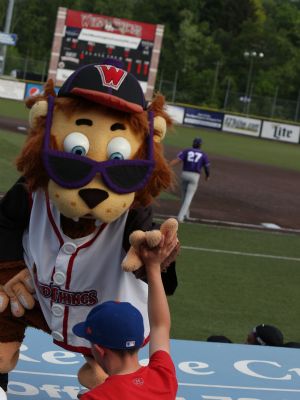 The Wild Thing is available for appearances and events. For more information, check out our Mascot Appearances Page.