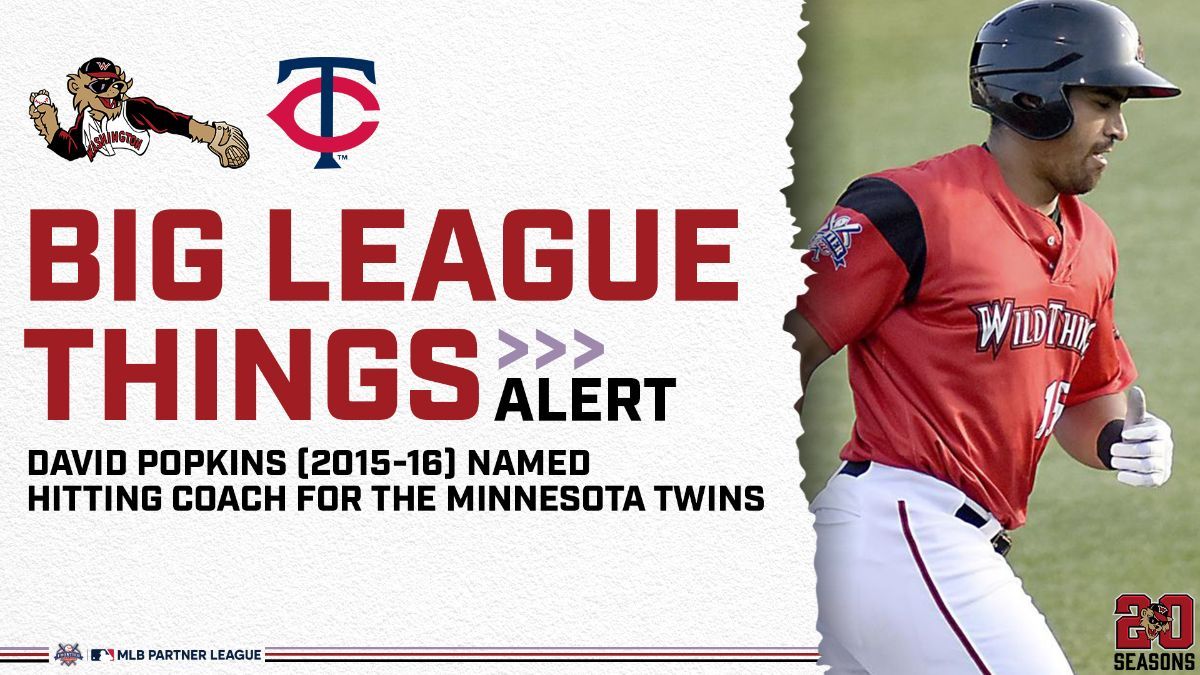 WASHINGTON, Pa. (November 8) - Following reports of his hiring in late October, the Minnesota Twins made official the hiring of former Wild Thing David Popkins to their big-league staff today as Popkins has been announced as a hitting coach of the AL Central club.

Popkins served as the hitting coach for Great Lakes, the Dodgers' High-A affiliate, in 2021 and is set to take the place of Edgar Varela, who was reassigned to a Minor League player development role following the Twins' 2021 season. He will work alongside Rudy Hernandez, who has coached Twins hitters since 2015 and was elevated to co-hitting coach before the 2020 season.

Under the direction of Popkins this past season Great Lakes' hitters posted a collective .800 OPS with 187 homers in 2021, leading the High-A Central in both categories. That OPS ranked fourth among all High-A clubs. Before his stint with Great Lakes, Popkins served as a hitting coach with the Rookie-level AZL Dodgers in 2020.

David played his college ball at UC Davis before spending three seasons in the Cardinals' farm system, where he reached as high as Double-A Springfield. He then played in Washington from 2015-16, posting a .232/.361/.505 slash line in 2015 with 20 home runs and 46 RBI to go along with 17 doubles. In 2016, Popkins hit 15 home runs and had 26 doubles with 48 RBI and a .281/.411/.533 slash line at the dish. He was a mid-season Frontier League All Star that season. He ranks fifth in career home runs as a Wild Thing and is tied for seventh in the career doubles category.

He becomes the second former Wild Thing to be a big-league hitting coach, joining Jeff Albert (2003) who was hired by the Cardinals after the 2018 season.

The Wild Things are in preparation for their 20th Frontier League season in 2022. Season tickets are on sale now at washingtonwildthings.com or by calling 724-250-9555. Become a season-ticket member to join the Wild Things' family and receive exclusive benefits and discounted ticket prices. Plans start as low as $9 per game.