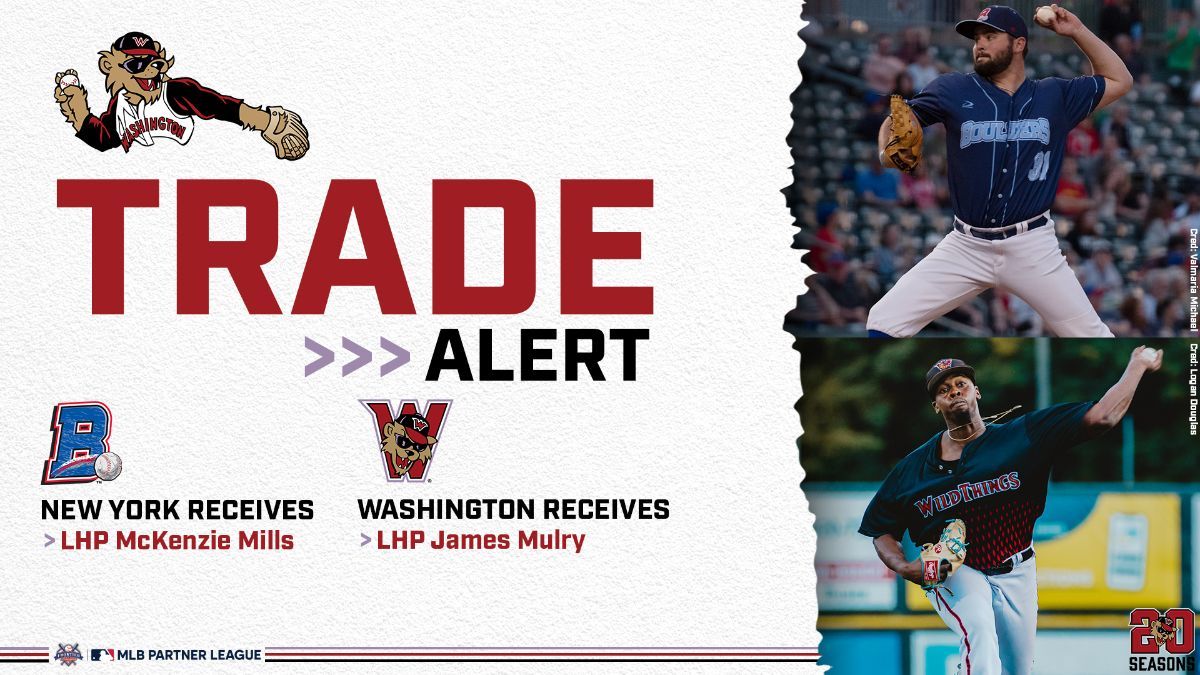 Mulry comes to the Wild Things after posting a 3.83 earned run average in 37 games (one start) this past season for New York. The lefty had one save and a 4-4 record in 56.1 innings pitched. He allowed 51 hits and walked 17, while posting 57 punchouts.

After pitching at Northeastern in college, Mulry pitched in the Can-Am League with the Ottawa Champions in 2017 to begin his pro career. He then took his talents to Schaumburg in 2018 before heading to New York for the next three seasons, starting in 2019. That season, Mulry posted a 3-1 record with a 1.82 ERA in 52 appearances and fanned 41 in 39.2 innings. He pitched in the Boulders' end of the All American Baseball Challenge in 2020 before his solid year in 2021.

"I was impressed by [Mulry] when he faced us last year," said pitching coach Alex Boshers. "He'll be a big piece of the bullpen and add lefty depth to the staff."

Mills, in his only season with Washington after spending six years in minor league baseball and one in the American Association, pitched his way to a 3.82 ERA in 17 appearances, 16 of which were starts. He was 3-5 and tossed 92 innings in the regular season and allowed 84 hits, 35 walks and had 67 strikeouts.

The Wild Things are in preparation for their 20th Frontier League season in 2022. Season tickets are on sale now at washingtonwildthings.com or by calling 724-250-9555. Become a season-ticket member to join the Wild Things' family and receive exclusive benefits and discounted ticket prices. Plans start as low as $9 per game.