Washington's 2022 Comes to a Close With Game 2 Loss 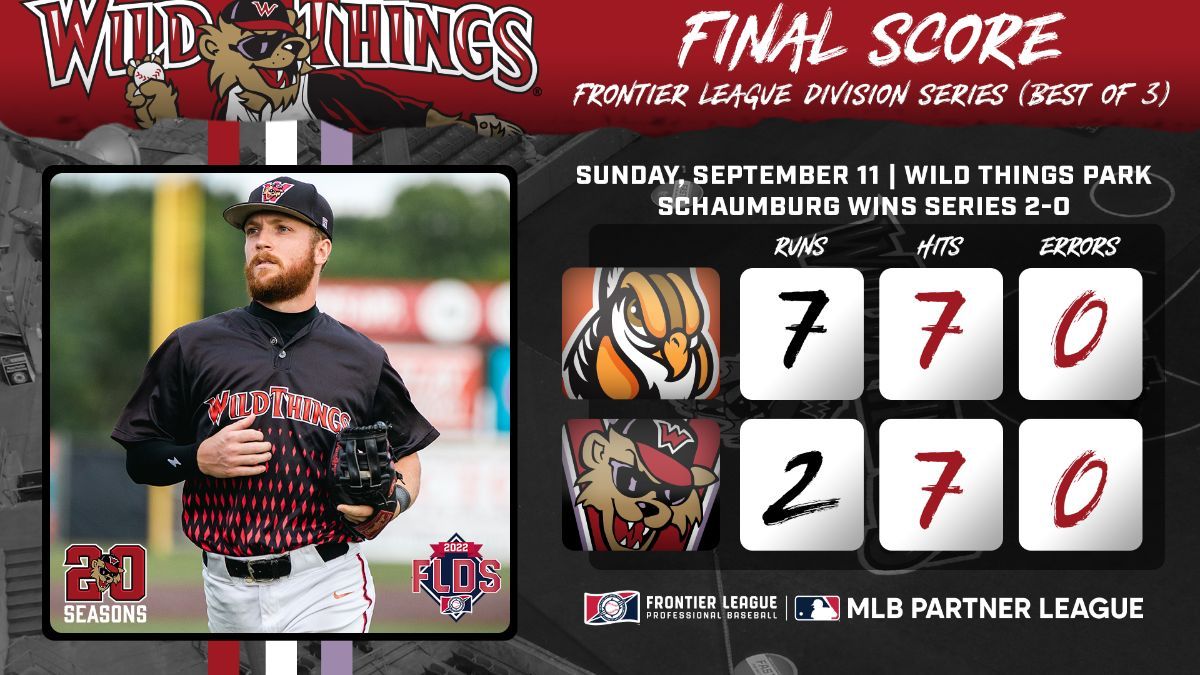 Schaumburg obtained the lead in the second when they scored all four of their runs against Washington starter Rob Whalen. Two came off an RBI single to left field by Will Salas, and he came in on a two-RBI triple by the next batter, Brett Milazzo. Nick Oddo sent Milazzo home on a groundout to first to make it 4-0.

Despite the deficit, Washington succeeded in cutting the lead in half late in the game. Anthony Brocato sacrificed to right to send in a run in the sixth, and Nick Ward lifted a sac fly of his own to left in the seventh to make it 4-2.

Washington had not given up a run since the second, but unfortunately for Lukas Young, the Boomers broke that streak against him. Nick Oddo hit a two-run double to right to get Schaumburg a four-run lead again. Oddo would then steal third and advance home on an errant throw by Cam Balego to make it 7-2.

Down by five, the Wild Things came up in the bottom of the ninth for one final time. Jared Mang came in as a pinch hitter for Cole Brannen but struck out against Schaumburg closer Darrell Thompson. Nick Ward was walked on a full count, Tristan Peterson struck out and Wagner Lagrange was also walked. Andrew Czech became the last batter of Washington’s season when he struck out swinging to end the game.

With the loss, Washington’s season is officially over. They finished tied with a league-best record of 62-34 and had the most all-stars in the Frontier League with nine. They were division title winners for the eighth time in franchise history and celebrated a historic 20th season of Washington Wild Things baseball.