All Runs Come in on HRs, Washington Drops Middle Game 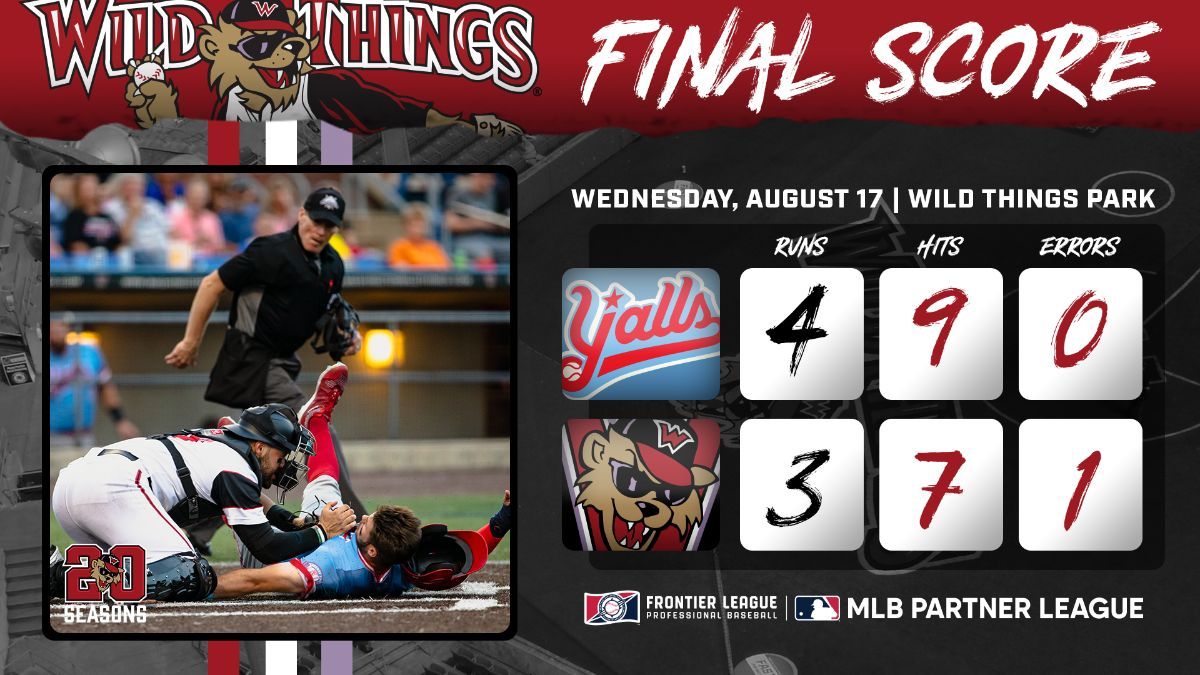 pure slugfest. All seven runs in the game came from home runs by four different players.

Washington had one final chance to come back in the bottom of the ninth after three scoreless innings. Unfortunately, it was not to be, as Tristan Peterson, Cam Balego, and Roa struck out back-to-back-to-back to end the game.

Washington (53-27) hosts Florence (32-46) one more time for the rubber game tomorrow for Thirsty Thursday presented by Stoney’s. First pitch is at 7:05 p.m. Tickets can be found at wildthingstickets.com.