Washington Falls Behind, Comes Back Stronger to Take Series Opener 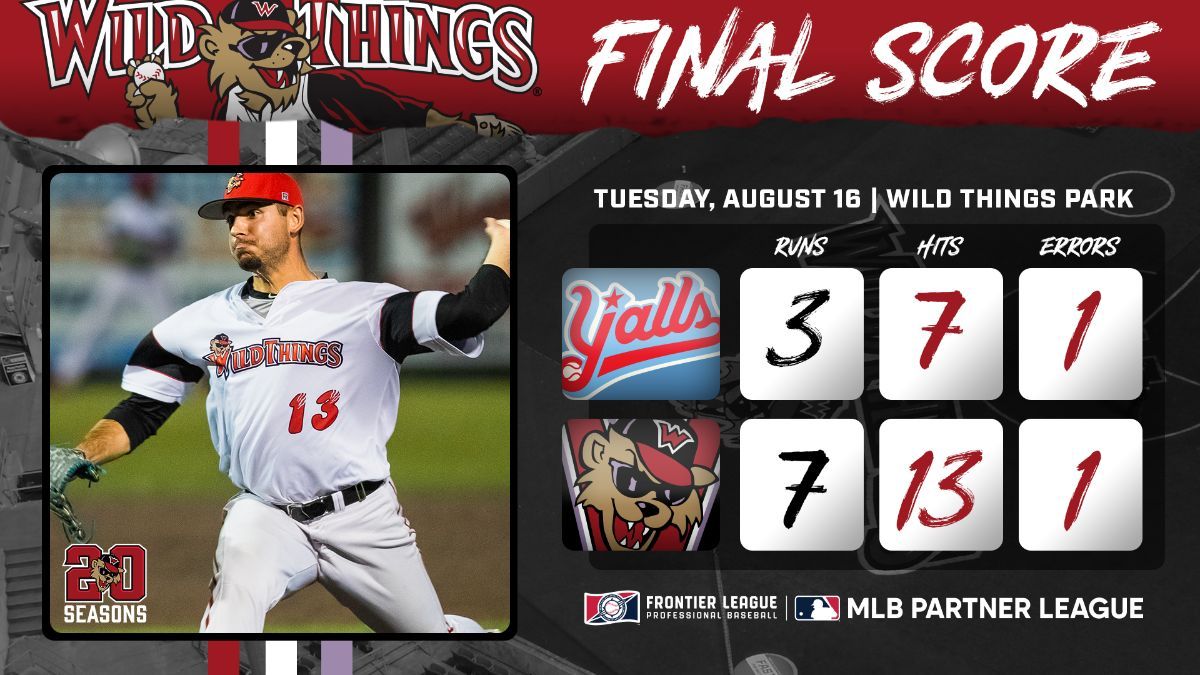 WASHINGTON, Pa. (August 16) – The Washington Wild ran their win streak against Florence to eight games by beating the Y’alls 7-3 on Ladies Night Out presented by Range Resources. Washington scored runs in four-straight innings and struck out ten batters in the victory.

After falling behind 3-0 going into the bottom of the third, Washington’s offense came to life. Anthony Brocato, making his Wild Things’ debut against his former team, hit an RBI groundout to short to score Jared Mang, putting Washington on the board. Wagner Lagrange hit an RBI double that same inning to make it a one-run game.

Ian Walters and Tristan Peterson hit back-to-back solo home runs in the fourth to take a 4-3 lead, and the Wild Things never looked back. Lagrange hit an RBI single in the fifth, and Brocato notched his second RBi with a sacrifice fly to score Mang in the sixth to make it 6-3. Mang hit a sacrifice fly in the eighth as an insurance run to make it 7-3.

For the top of the ninth, Christian James remained on the mound after coming in for the eighth. He struck out the first batter before allowing a double for the next batter. Another strikeout by James and pop-fly to Ward ended the game. James struck out four batters in two innings in the save.

Washington (53-26) is now 9-1 against Florence (32-46) this season and have won eight in a row in the season series. The Wild Things look to continue the streak tomorrow night for Senior Slugger Night presented by the PA Lottery. Tickets are available at wildthingstickets.com.