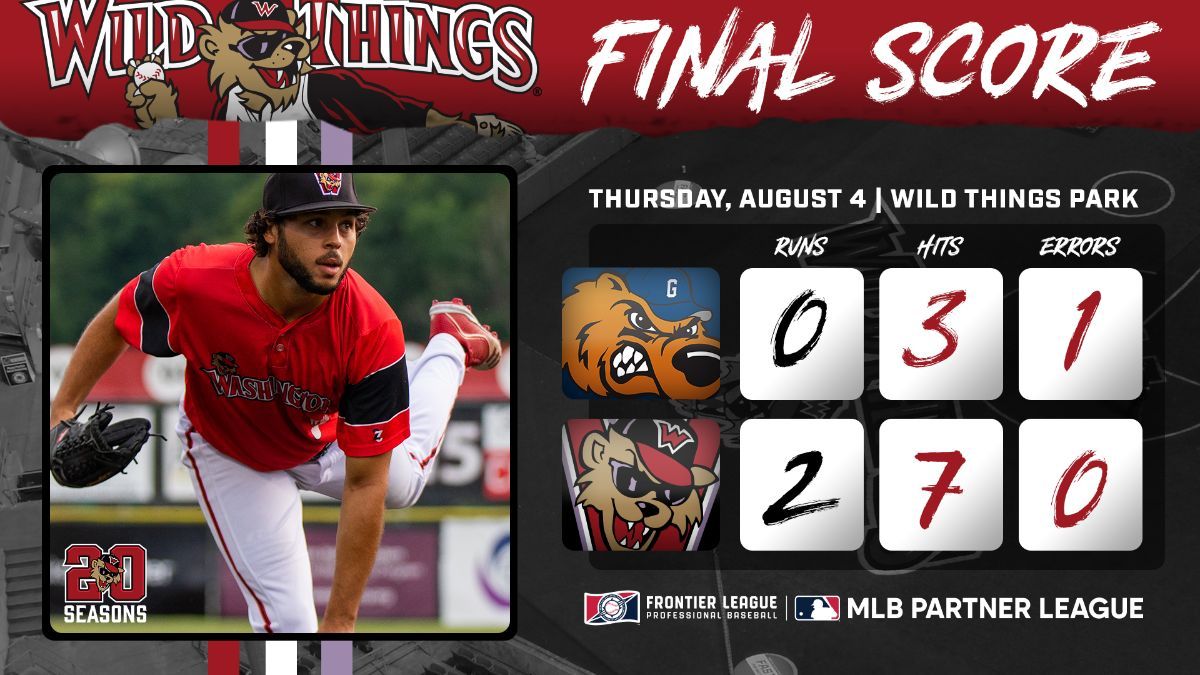 WASHINGTON, Pa. (August 4) – The Washington Wild Things took the series against the Gateway Grizzlies with a 2-0 victory. Kobe Foster’s effort on the mound and crucial runs in the second and third gave Washington the victory.

Foster pitched for seven innings this game, faced 23 batters and retired 14 in a row between the second and fifth innings. He allowed two hits and struck out seven in the win. The seven innings and seven strikeouts both set new career highs for the young lefty.

With runners on first and second, Nick Ward hit an RBI single to give Washington the first run of the game and the lead after the second. Andrew Czech made it home on a wild pitch in the third to make it a two-run game.

After no scoring for the next five innings, Gateway came up to bat against Lukas Young for the ninth. Young walked the first batter and allowed a single before the first out. Ward, Scotty Dubrule and Czech converted a double play to leave a single runner for Gateway at third. Young walked the next batter to put runners on the corners, but he struck out the final batter to get the 2-0 victory.

Washington (45-24) is now tied with the East Division-leading Quebec Capitales for the best record in the Frontier League. The Wild Things hope to pull away with the lead as they host the Lake Erie Crushers for a series starting tomorrow night for Baseball Fights Cancer Night presented by Sport Your Colors. Tickets can be found at wildthingstickets.com. First pitch is at 7:05 p.m.