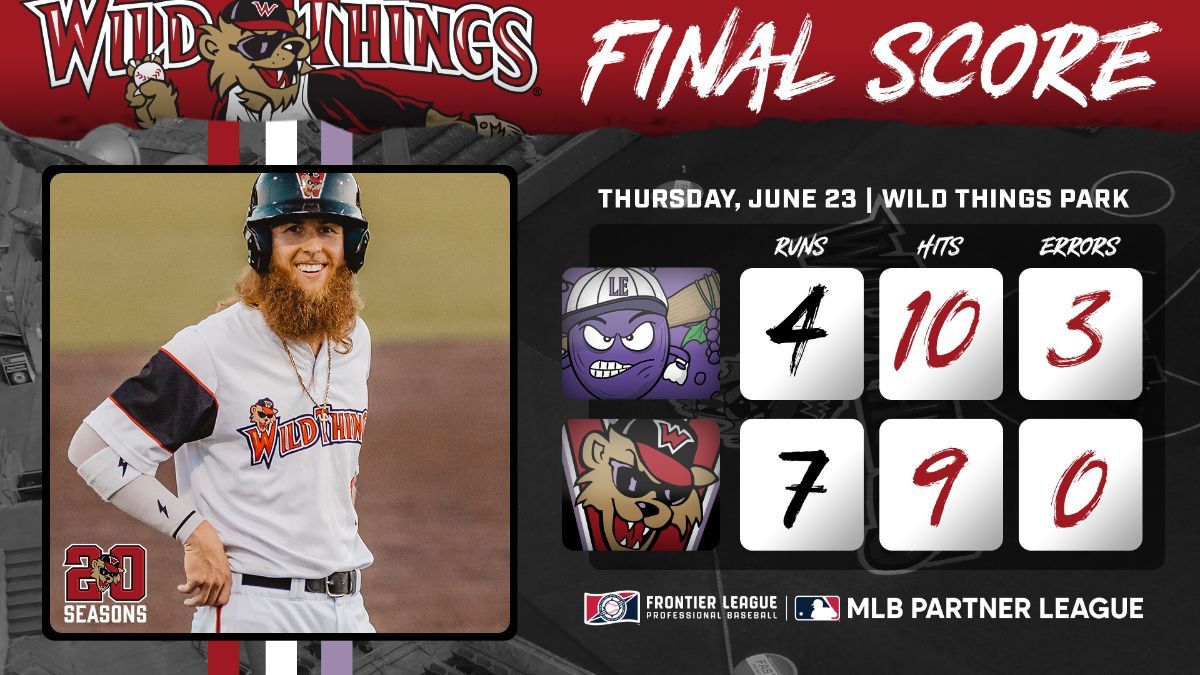 WASHINGTON, Pa. (June 23) – The Washington Wild Things defeated the Lake Erie Crushers 7-4 thanks to an early lead. The win gives them the sweep over the Crushers, the first sweep by the Wild Things since May and second of the year.

The Wild Things scored four runs in the first three innings, with a Scotty Dubrule RBI double in the first, a Ramon Osuna solo home run and a Matt Phipps RBI single in the second and a sacrifice fly from Osuna in the third. After Rob Whalen allowed two runs between the fourth and sixth, Nick Ward reached home on an error and Wagner Lagrange hit an RBI double in bottom of the sixth, and Cole Brannen scored on an error in the seventh to extend the lead.

Lake Erie’s Jake Gitter hit a two-run home run in the eighth to close the gap, but they failed to score against Lukas Young’s closing performance. Young pitched one inning, allowed one hit and earned the save, his sixth.

Whalen pitched the first six innings, allowed two runs, eight hits, hit one with a pitch and struck out two. He earned the win to go to 7-1 and earn his sixth-consecutive win.

Christian James relieved Whalen and pitched for two innings. He allowed two runs, one hit and struck out three.

The Wild Things (24-12) go on the road for a series at the Windy City Thunderbolts (16-18). Washington’s next home game is June 28 when they host the Florence Y’alls. Tickets can be found at wildthingstickets.com.