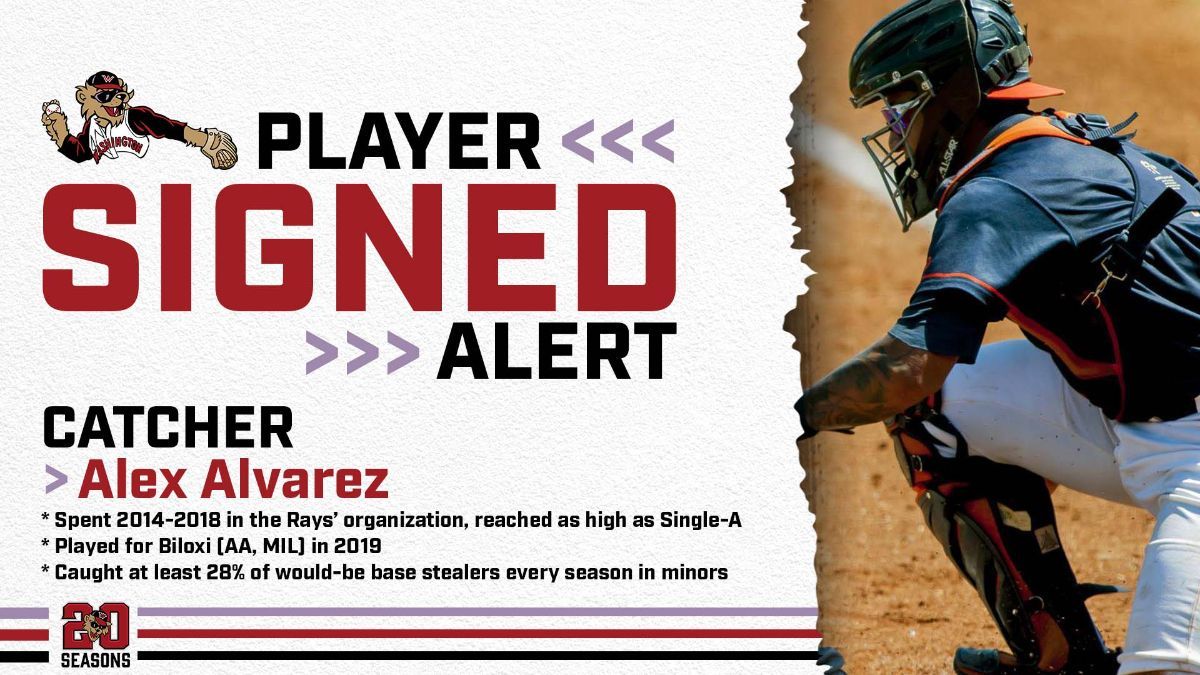 WASHINGTON, Pa. (Jan. 12) - The Washington Wild Things have signed catcher Alex Alvarez, who has played in the minors since 2014 in the Rays' and Brewers' organizations, to the 2022 roster. The team made the deal with Alvarez official today.

Alvarez, a Caracas, Venezuela, native, began his professional career in 2014 with the Rays' organization and was with Tampa Bay through 2018. In that system, he reached as high as Single-A Bowling Green. His best season in those years at the plate came in 2015 when he slashed .270/.347/.392 with seven doubles, three homers and 21 RBI in 38 games (170 plate appearances).

The 25-year old played for Biloxi (AA) in the Brewers' system in 2019 and hit .245 with eight doubles and 14 RBI in 157 plate appearances that season. He played in the Venezuelan Winter League in 2020-21. He caught at least 28% of would-be base stealers during his minor league career every season, with a career best 68% (25-37) in 2015 in the Venezuelan Summer League. He also played a few handfuls of games at first base in the minors.

"He’s a young player that’s very eager to get back after it and show that he deserves another chance in affiliated ball," said manager Tom Vaeth. "Talking with him he is very excited about playing in Washington. With his experience at the Double-A level and track record of throwing out baserunners, we feel he can come in and compete for a starting position."

The defensive prowess caught the eye of president and general manager Tony Buccilli.

"Alvarez comes in with a resume highlighted in defensive metrics. We place great value in a backstop who can handle the running game and execute the necessary plan with the pitching staff," said Buccilli. "He will have the opportunity to make an impact here in Washington and we look forward to see where his development stands after some extended time off."