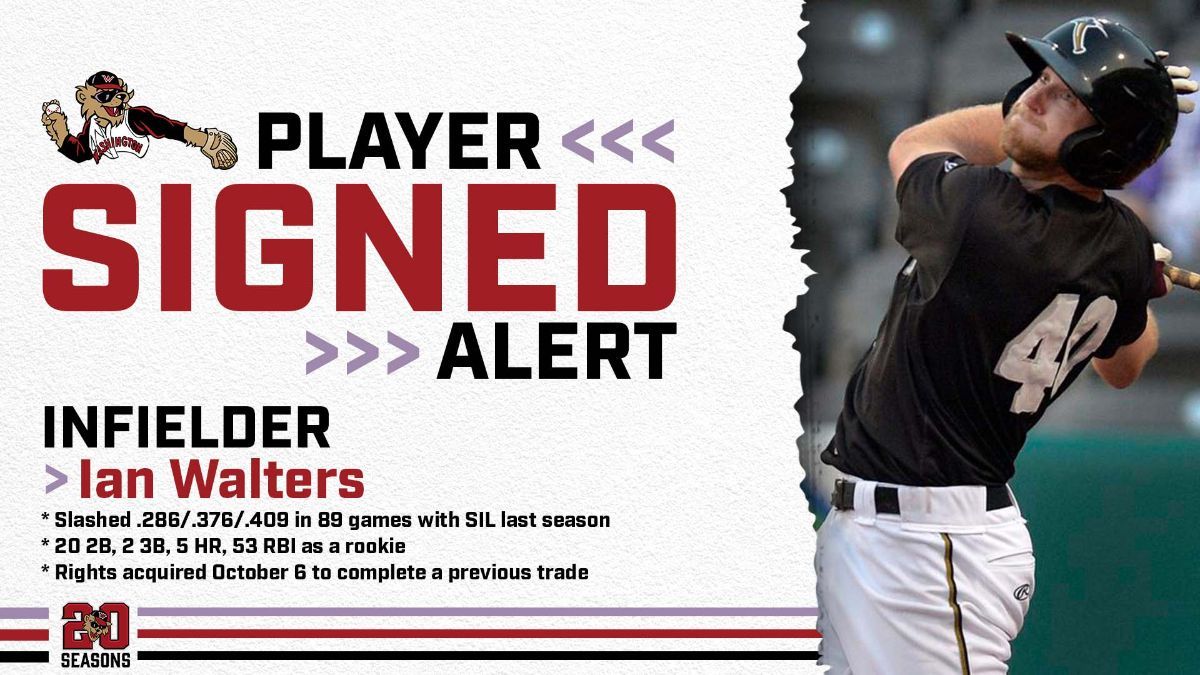 WASHINGTON, Pa. (Dec. 15) - The Washington Wild Things have announced the official signing of third baseman Ian Walters, who was acquired to complete a previous trade October 6, 2021 with the Southern Illinois Miners.

"Third base is annually the hardest position to address, with the offensive and defensive requirements we set," said president and general manager Tony Buccilli. Ian comes highly recommended and a year under his belt being one of the best players in the West Division. We will put him in a spot to continue to drive in runs and be that difference maker. [We're] excited to see the balance he provides to the returning pieces of our infield group."

The rookie season for Walters saw him rank among the RBI leads in the West Division and among third basemen in the Frontier League, and he said the year was valuable to his growth on the field.

"There were a lot of positives that came from my first professional season in 2021, and I have learned what I need to continue to work on and improve to find consistent success day in and day out at this level," said Walters.

He was traded to Washington to complete a previous trade from earlier in the season October 6, 2021. That same day, it was announced that the Miners would be leaving the Frontier League with the team's owners Jayne and John Simmons retired from pro baseball.

"I knew coming into professional baseball that it was a business and when I got the call that I was traded, I was told the situation and knew that it was out of my control but that I was going to a really good organization," said Walters. "Then the next day when I found out the Miners were shutting down, I realized how good of a position I was put in considering I had a home for the next season and didn't have to go out searching for somewhere to go. So I was super fortunate in that regard."

He continued, "Like I said, I knew what kind of organization Washington had, so I was super excited to get the ball rolling with them. As far as 2022 goes, I'm most excited to just get things going with a new team, get to know the guys, build relationships and have a lot of fun while winning a lot of games."

Walters said he just wants to be the best teammate, player and worker that he can, and that is he can take care of the things he can control, the numbers will take care of themselves.