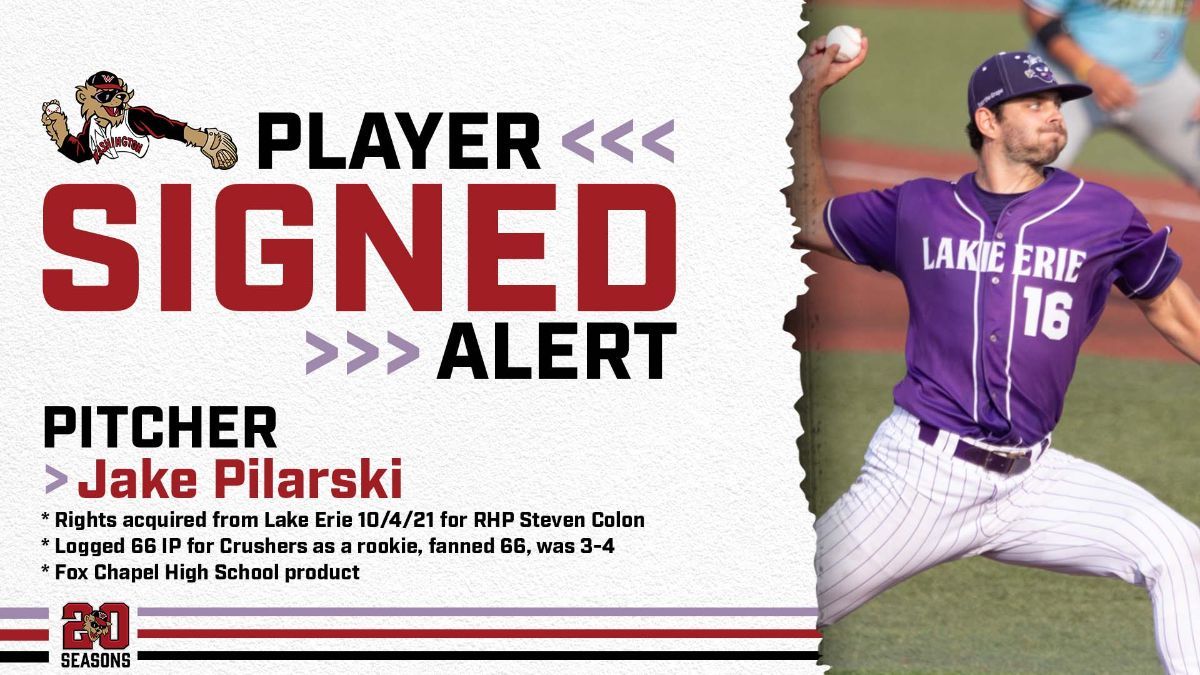 Pilarski made his pro debut during the 2021 Frontier League campaign with the Lake Erie Crushers after pitching his final collegiate season at The Citadel. He was 3-4 in 15 games (14 starts) with 66 innings pitched and 66 strikeouts.

The right hander fanned 93 batters in 87 innings at The Citadel in 2021 after pitching four seasons at Virginia Wesleyan, where he amassed 22 wins and got tagged with only six losses. He logged 91 or more innings twice.

Following the trade, Wild Things' skipper Tom Vaeth said he was impressed with Pilarski when he pitched against Washington.

"I really like the way he competed on the mound and how he attacked hitters. I'm looking forward to Jake being a big part of our pitching staff."

For the Wild Things, it's another Western Pennsylvania product to join a hometown team. Pilarski was a three-time first-team all-conference selection for the Fox Chapel Foxes in high school, garnering recognition as an outfielder his senior season after being recognized as a junior at designated hitter and as a pitcher as a sophomore. The righty adds to a long list of successful local products to lace up the cleats in the Wild Things' uniform.

"Over the past 10 years we have had great success with providing a professional opportunity to former WPIAL athletes. We look for Jake to follow on that path and be a meaningful piece of the rotation," said president and general manager Tony Buccilli. "His arm talent and efficiency stood out in our matchups, making his acquisition a priority for us. Hopefully Jake and his family are excited for his journey to continue right in his backyard and becoming part of the Wild Things community."

Pilarski said he remembers his parents taking him to a Wild Things game and his thinking it would be amazing to play there one day. His first pro appearance came at Wild Things Park and now it will come full circle playing for the Wild Things.

"This offseason I have continued to work on my strength and explosiveness on the mound while focusing on developing better command of all my pitches," said Pilarski. "Personally, I want to give the Wild Things the best opportunity to win games with me on the mound. As a team the goal is simple: win the championship."