JR Davis Back After Joining Wild Things in 2019 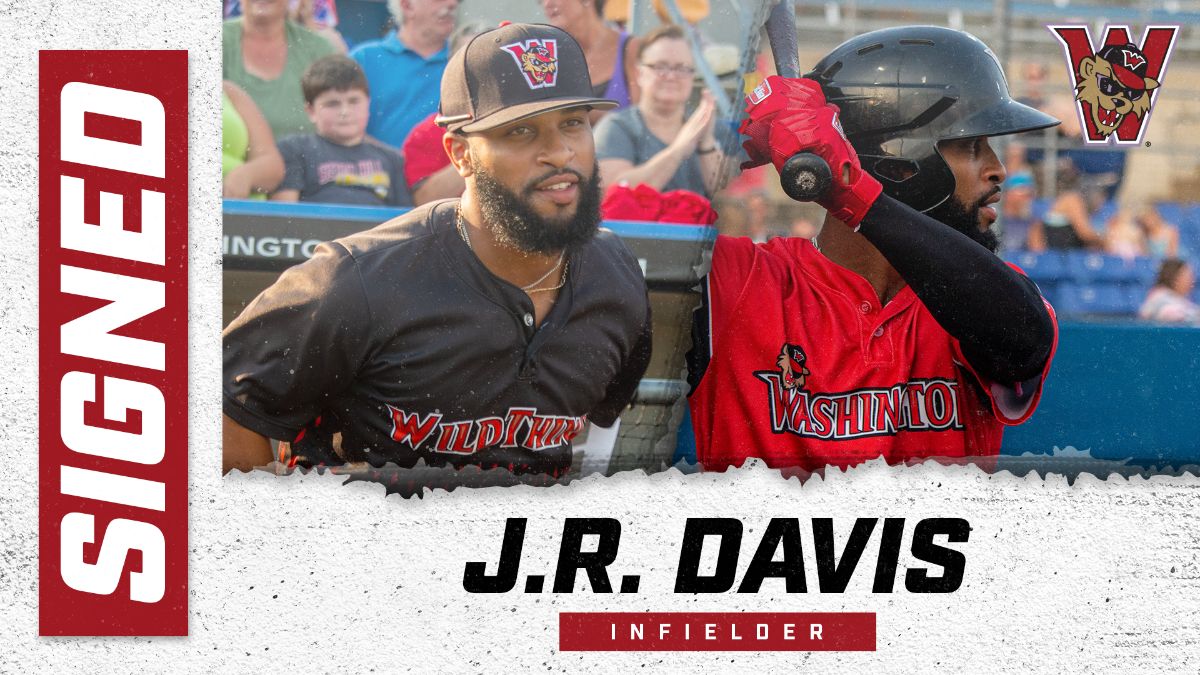 WASHINGTON, Pa. (March 24) - As the season gets closer to its beginning, the Wild Things have continued to add to the roster for the 2021 campaign. Today, the team announced the signing of infielder JR Davis to a contract for the 2021 season. Davis was with the Wild Things in the late stages of the 2019 season after spending the first portion of 2019 in the Mariners' farm system.

Now Davis, the former Oklahoma State Cowboy and 15th round pick of the Cardinals in 2016, has decided to return to Washington and chase big things.

"We saw flashes of JR’s impact ability back in 2019," said president and general manager Tony Buccilli. "He is an offensive-minded infielder with an aggressive approach and a comfort using the whole field. Adding another experienced bat will provide us the lineup depth we strive for.”

Davis said he had a good time in his stay in Washington in 2019 and that helped make the decision to come back a bit easier.

"[I] made some good relationships with front office and players so it was easy for me to come back into a good environment," said Davis. "The vibe and energy is second to none. Everyone has one goal in mind and that’s to win. If we all mesh together we can bring a chip back home to Washington."

Davis played three sports in high school and batted .425 as a senior and .556 as a junior on the diamond. He'd go on to play two years of JUCO ball at Contra Costa College before spending 2015 at Seminole State trying to obtain a redshirt. After a stellar year at Oklahoma State in 2016 that saw him slash .347/.422/.438 with 13 doubles, 32 RBI and a home run and earn All Big-12 first team honors and the conference batting title, Davis was drafted by the Cardinals in the 15th round of that year's amateur draft.

That's when he went to the Mariners' organization and split time between A-ball West Virginia (Power) and AAA Tacoma. With the Power, he played 47 games. He played one game for Tacoma and was 1-for-4.

He then arrived in Washington.

"I'm a hard-working, exciting team guy who is going to leave it all on the field every single time I strap on my cleats," said Davis. "[Fans] can expect me to play hard and show love to everyone who supports the team. Winning is the only thing that I have in mind for the 2021 season. Personal goals mean nothing to me. All I want to do is win."

Davis and his teammates are set to report in May in advance of May 27's scheduled opener in New York against the Boulders.