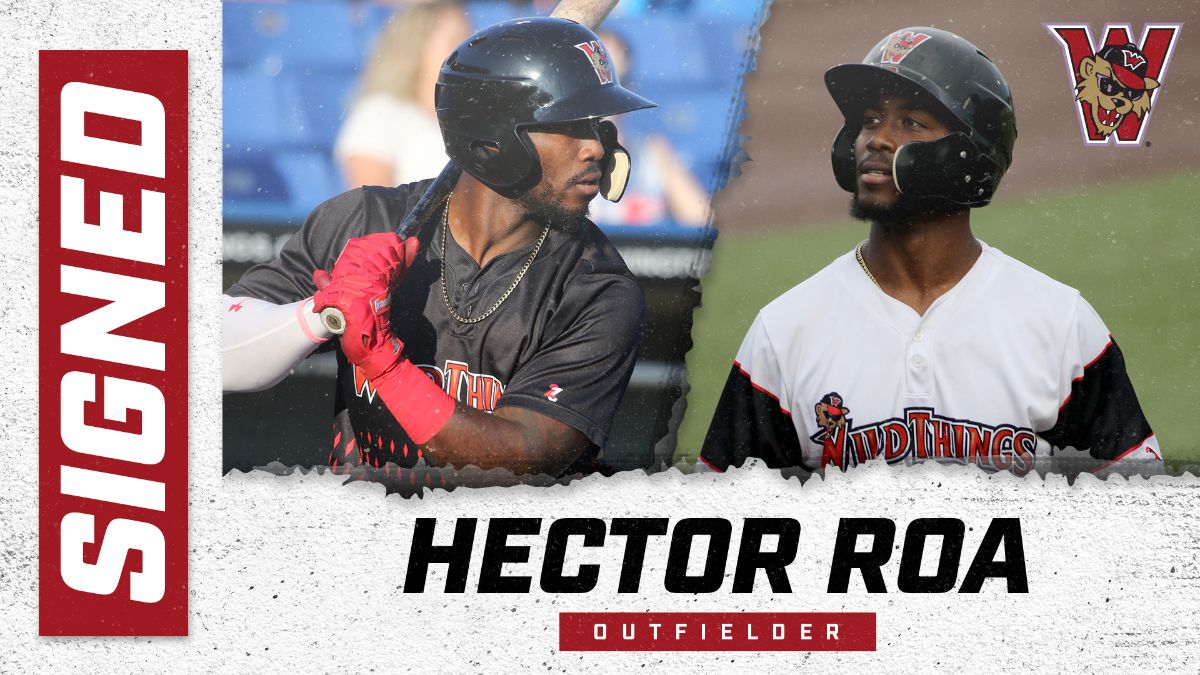 WASHINGTON, Pa. (Feb. 23) - Today the Washington Wild Things announced right fielder Hector Roa has re-signed for the 2021 season. Roa, who has been with the organization since 2017, is set for his fourth Frontier League season with the team. He was named a Frontier League midseason and postseason all star in 2019.

Roa hit a career-high 18 home runs in 2019, his third season with the Wild Things, and drove in a career-best 70 runs in 93 games. He also connected with 21 doubles and six triples while slashing .288/.303/.516. The home run total was tied for the best in the league while his 70 RBI were fourth and six triples second.

"Roa continues to be a force in the league and the face of our franchise," said president and general manager Tony Buccilli. "He provides great positive energy to his teammates and brings his passion for the game to the ballpark daily. We are happy he has made Washington home and we will continue to put him in positions to succeed."

Roa said the love he gets from everyone in Washington from the staff to the fans and community is a big reason he decided to return and keep playing for the Wild Things.

"[It's also] the acceptance of the way I am and [the fact that I] can just be myself," said Roa.

Roa signed as an international free agent with the Astros' organization in 2012 before spending five seasons in the system. He reached as high a Single-A Quad Cities before coming to Washington. In 2017, he hit 15 home runs and drove in 62. In 2018, he reached double digits in outfield assists with 10 and hit 12 homers with 69 RBI, 11 double and, for the second-straight season, had seven triples.

Then 2019 happened: his best season with the club. He posted the aforementioned numbers at the plate and recorded 16 outfield assists in 90 games.

Now Roa rejoins the Wild Things' outfield for what he hopes is a championship run in 2021. He and his teammates will report to Washington in May in advance of the May 27 opener at the New York Boulders.