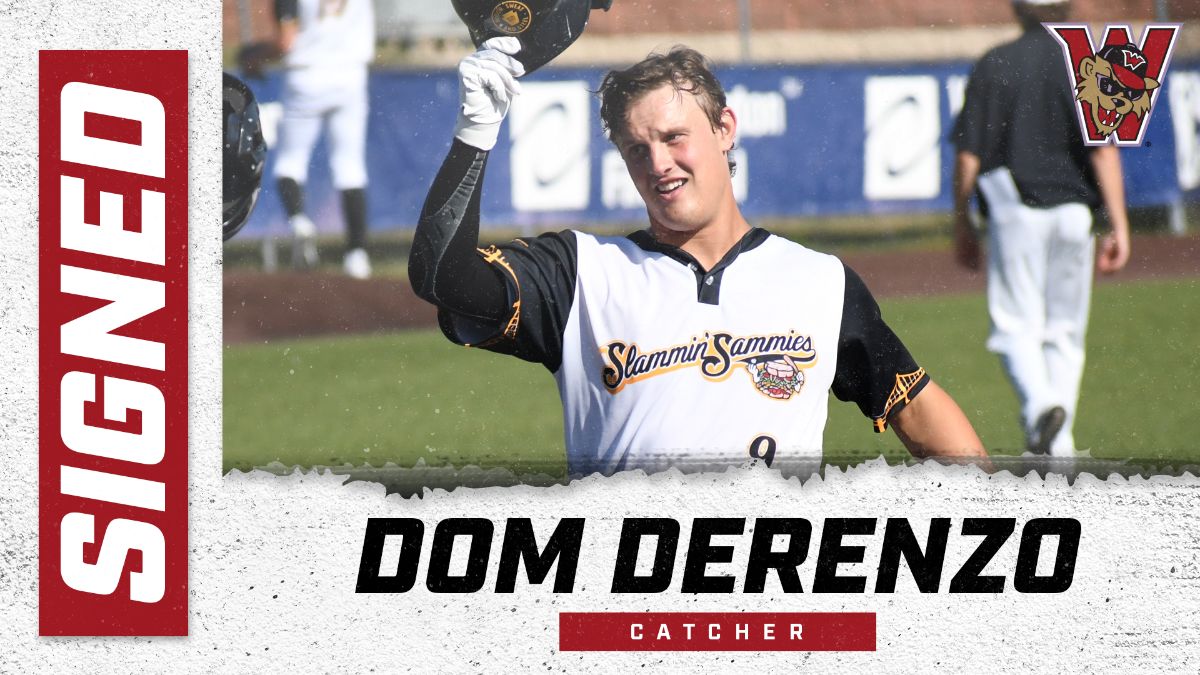 WASHINGTON, Pa. (September 22) – As the offseason continues, the Washington Wild Things continue to form the roster for the 2021 season. Today the team announced the signing of catcher Dom DeRenzo, a Pittsburgh native and graduate of Pittsburgh Central Catholic High School. DeRenzo appeared in one game for the Wild Things in 2019 and played for the Steel City Slammin’ Sammies during pod play this summer at Wild Things Park.

DeRenzo hit .293 (12-for-41) in the Washington pod during the summer. He hit six home runs and drove in 13 runs with three doubles as well. This came on the heels of getting a taste of pro ball with the Wild Things after graduating from Mercyhurst University.

“We saw meaningful development in Dom’s first full professional season. He certainly has the tools to have a role in our 2021 campaign,” said president and general manager Tony Buccilli. “There is work to clean up some defensive traits, but we believe his dedication to the craft will allow him to become a more polished two-way backstop.”

DeRenzo said the opportunity to keep playing professional baseball was one he couldn’t pass up.

“Honestly, it's the opportunity to play professional baseball. The front office, Tony, the team, and everyone who works there make it a great family environment to play in,” said DeRenzo. “I have enjoyed the new friendships and new relationships with teammates as I continue my career and challenge myself to be better everyday”

DeRenzo, like Joe Campagna, who was announced as an addition two weeks ago, was familiar with Wild Things Park before 2019. The 2015 Pittsburgh Central Catholic graduate helped guide the Vikings to a WPIAL Quad-A championship in his senior season. It was the first title in program history, won over Norwin, 2-0 at then CONSOL Energy Park.

In fact, DeRenzo was the catcher as Jack Tumulty, a sophomore, pitched only the second shutout in the 10-year history of the Quad-A baseball championships at the time. DeRenzo scored a run in the game after doubling.

The catcher matriculated to Oklahoma, where he played three seasons in the Big 12. As a freshman in 2016, DeRenzo hit eight home runs and drove in 24 to go along with six doubles, three triples and a .243 batting average, .313 on-base percentage and .592 slugging percentage. It was his best season at the school.

DeRenzo then played his senior year at Meryhurst, where he connected on 10 home runs and drove in 38 runs.

He said the fans can expect a player who gives 100% on every play and is “committed , passionate and loyal to the Wild Things’ organization and fans.”

“I work hard in the offseason to be better and work harder during the season,” said DeRenzo. “I’m ready to help bring the team bring wins to the organization by challenging and encouraging my teammates.”