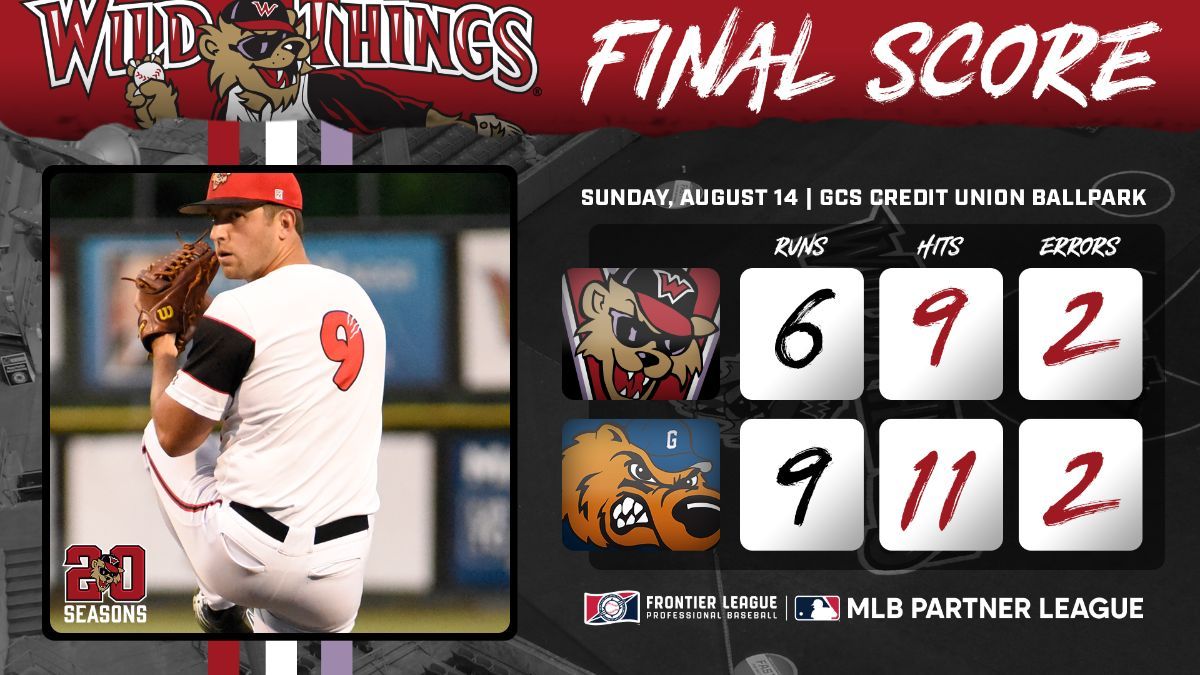 SAUGET, Il. (August 14) – A big first inning doomed Washington in the road trip finale in Sauget, as the Wild Things dropped to 5-1 on the trip with a 9-6 loss to the Gateway Grizzlies at GCS Credit Union Ballpark.

An eight-run first inning was the difference in the ballgame, as Gateway got to Landen Smith, who started and went two frames for Washington. Smith got tagged for eight runs highlighted by three run-scoring singles and a grand slam by Isaac Benard in the first. All the damage came with two outs for the Grizzlies in the inning. Smith got a zero in the second after that before leaving the game.

Washington got on the board in the fourth on a sacrifice fly by Wagner Lagrange but gave up a run in the bottom of the inning to Gateway, making it 9-1. But the Wild Things answered that as well with three in the fifth. Cole Brannen tripled home a run, Tyler Wilber hit a sac fly and Devon Fisher hit his first home run of the year to the right field corner.

In the seventh, the Wild Things scored twice, once on a homer, his third, by Tristan Peterson and once on a throwing error by Gateway first baseman Clint Freeman. That made it 9-6 and Washington had the tying run at the dish during the frame but couldn’t get more. The Wild Things again managed to get the tying run to the dish in the eighth but came up empty.

Washington now returns home with a playoff magic number of seven and a division magic number of 11. A six-game homestand which includes sets with the Florence Y’alls and Evansville Otters, begins Tuesday night at 7:05 p.m. with Ladies Night Out presented by Range Resources. Tickets are available at wildthingstickets.com.