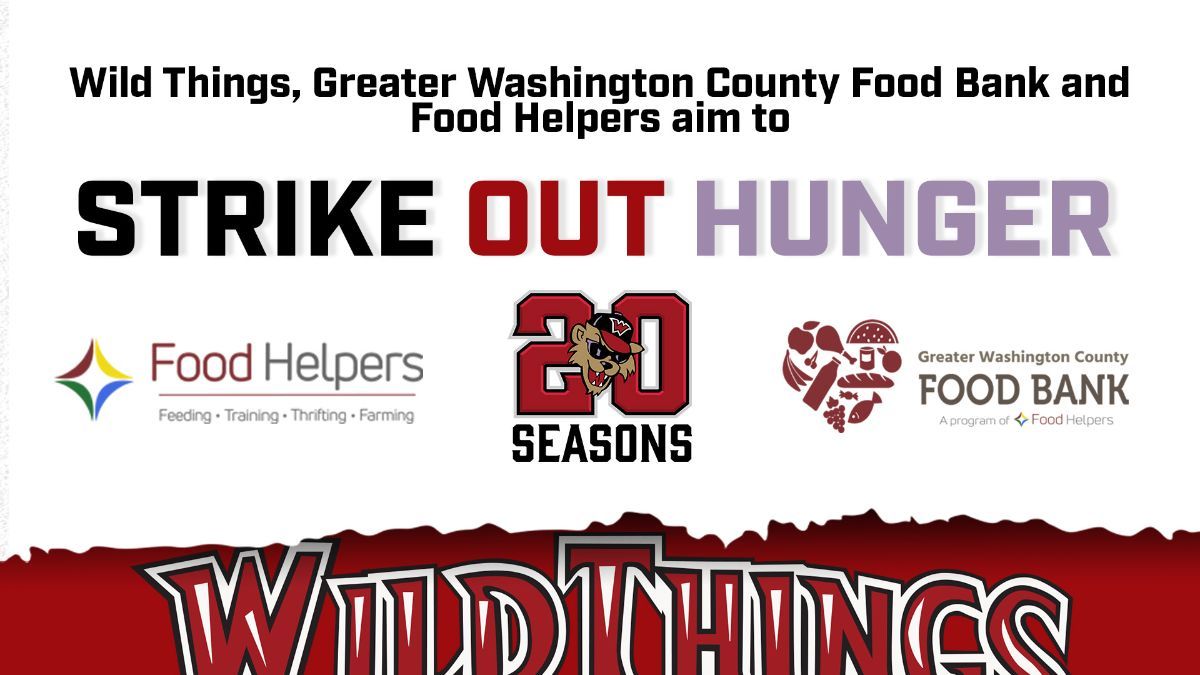 WASHINGTON, Pa. (May 9, 2022) – The Washington Wild Things, who will celebrate 20 seasons of Frontier League Baseball this year, have teamed up with Food Helpers and the Greater Washington County Food Bank for the 2022 season in an effort to eradicate food insecurity in Washington County.

The two organizations are collaborating on several projects including a season long Strike Out Hunger Campaign that ties into the team’s performance. Every time a Wild Things’ pitcher strikes out an opposing team’s hitter, a donation will be made to Food Helpers. The Wild Things will coordinate the team’s donation along with donations from several other participating companies, including Centimark, Washington Financial Bank, and Slovenian Savings and Loan.

Nearly 21,000 people in Washington County alone are food insecure, defined by the USDA as having a lack of access at times to enough food for an active, healthy life. The current food budget shortfall is nearly $12 million.

“We’re going to work with our pitchers to ensure they give us their best performances,” said VP of corporate partnerships Christine Blaine. “They’ll all know that strike outs will be important not only for the team but also for our community where we don’t want anyone to be food insecure. We typically strike out 740-790 players each year. We’re going to try to break that record!”

“We are so proud to partner with the Washington Wild Things for the 2022 season,” said George Omiros, CEO of Food Helpers. “The Team is very supportive of Food Helpers and helps to shed the light on food insecurity in our county by allowing us to partner together to raise awareness, and to provide resources and aid.”

Tickets are on sale now for the 2022 season at wildthingstickets.com, and tickets are $15 to sit anywhere in the seating bowl. Group, kids, military, and senior discounts are available as well by calling 724-250-9555 or by visiting the box office at Wild Things Park.