Grant Heyman's Walk-Off 1B Puts Washington on Verge of Title 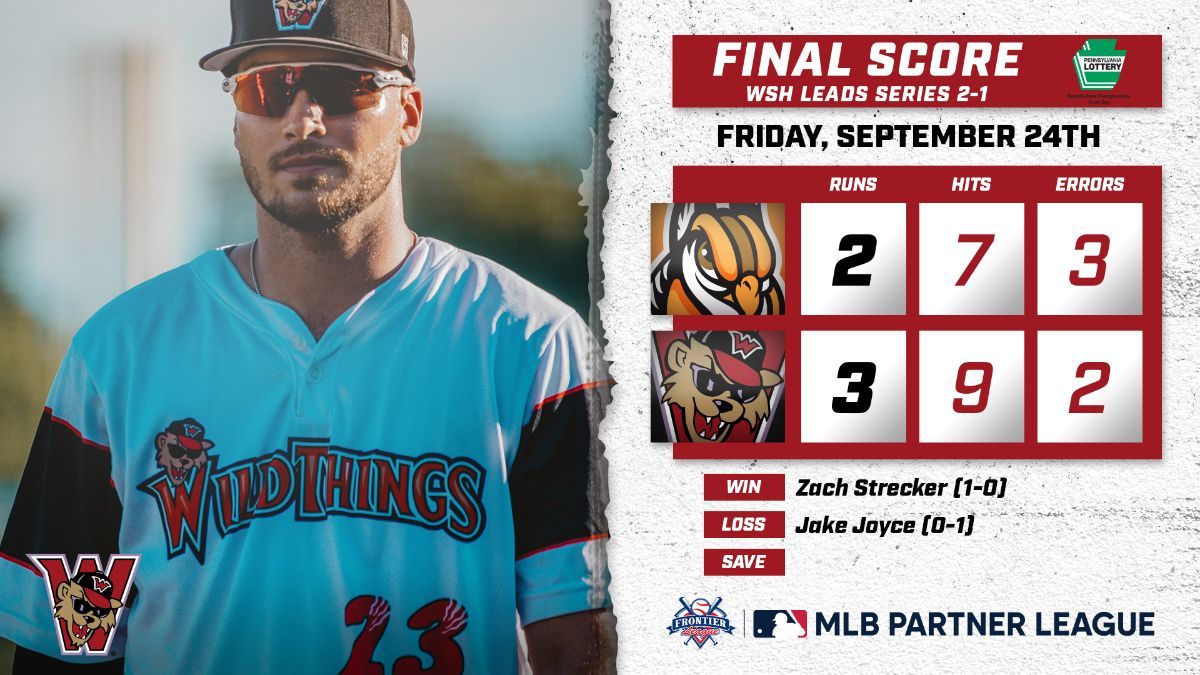 WASHINGTON, Pa. (September 24) - Grant Heyman's walk-off single in the 10th inning of Game 3 of the Frontier League Championship Series lifted Washington to a 3-2 win and a 2-1 series lead as Nick Ward scored to win it. It completed a comeback victory for the Wild Things, who are now one win away from their first Frontier League title and they'll have two shots at it with game four tomorrow at 7:05 p.m.

The game didn't see its first run until the seventh as both Alex Boshers, Washington's starter, and Ryan Middendorf, Schaumburg's starter dealt through six plus. Boshers allowed the first run of the game on a seeing-eye single in the seventh to Matt Bottcher. Washington eventually tied the game in the bottom of the eighth inning on a wild pitch that scored Joe Campagna to tie the game.

Schaumburg got a run on a ground ball that went as an error in the ninth to take a 2-1 lead. It was charged to Dan Kubiuk before Bralin Jackson threw out a runner trying to score to notch a double play to send the game to the bottom half. Tristan Peterson's RBI single tied the game in the bottom of the ninth, scoring Trevor Casanova. After Zach Strecker got a scoreless 10th, Heyman's single gave the Wild Things the win.

Washington is a win away from the first title in team history. Game 4 is slated for 7:05 p.m. tomorrow night. Erik Martinez will start for Schaumburg against Washington's Rob Whalen. Tickets are available for $5 apiece at wildthingstickets.com or at the box office. Schaumburg now needs to win two games in a row to swipe the crown in 2021.