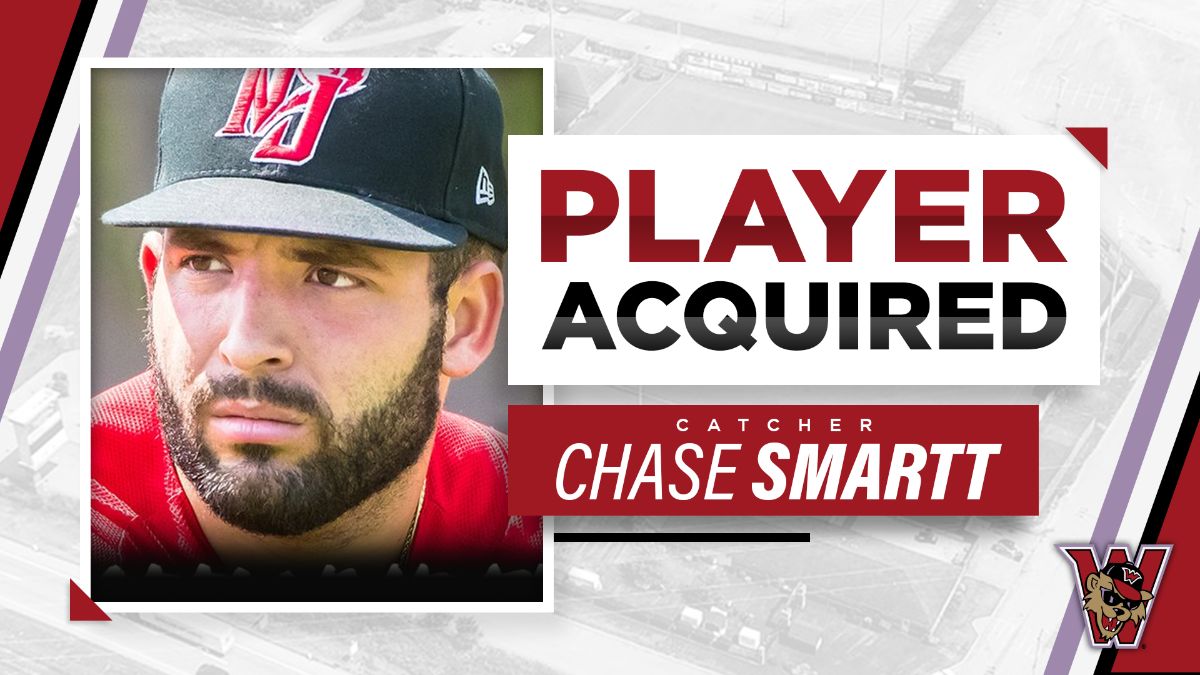 WASHINGTON, Pa. (Jan. 30)- The Wild Things continue with their roster construction as they announced today the acquisition of C Chase Smartt.

The rookie was brought to Washington via trade with the New Jersey Jackals for a player to be named later. In his first pro season Smartt was able to contribute to the team's championship run and quickly becoming a fan favorite. He finished the year hitting .240 with 9 doubles and 15 RBI, while playing a strong defensive game behind the plate.

Smartt played his college ball in the Sun Belt Conference at Troy University in Alabama. Production jumped as a senior with the Trojans where he hit .343 with 41 runs batted in and a team high 21 doubles. Defensively he flashed an impressive 44% caught steal percentage and only allowing 2 passed balls over the year.

"We have been happy with our ability to find second year pros with considerable upside. Chase is a player that we believe can take a big step forward," said General Manager Tony Buccilli. "He has shown the ability to be a two-way contributor behind the plate in a competitive college conference. The experience and knowledge he will bring us from his year with New Jersey will put him in position to be a meaningful piece to our success," Buccilli stated.

The Wild Things take to the field as they open the season Friday, May 15 vs. the New York Boulders, with the home opener slated for Tuesday, May 19 to take on the Quebec Capitales at Wild Things Park.