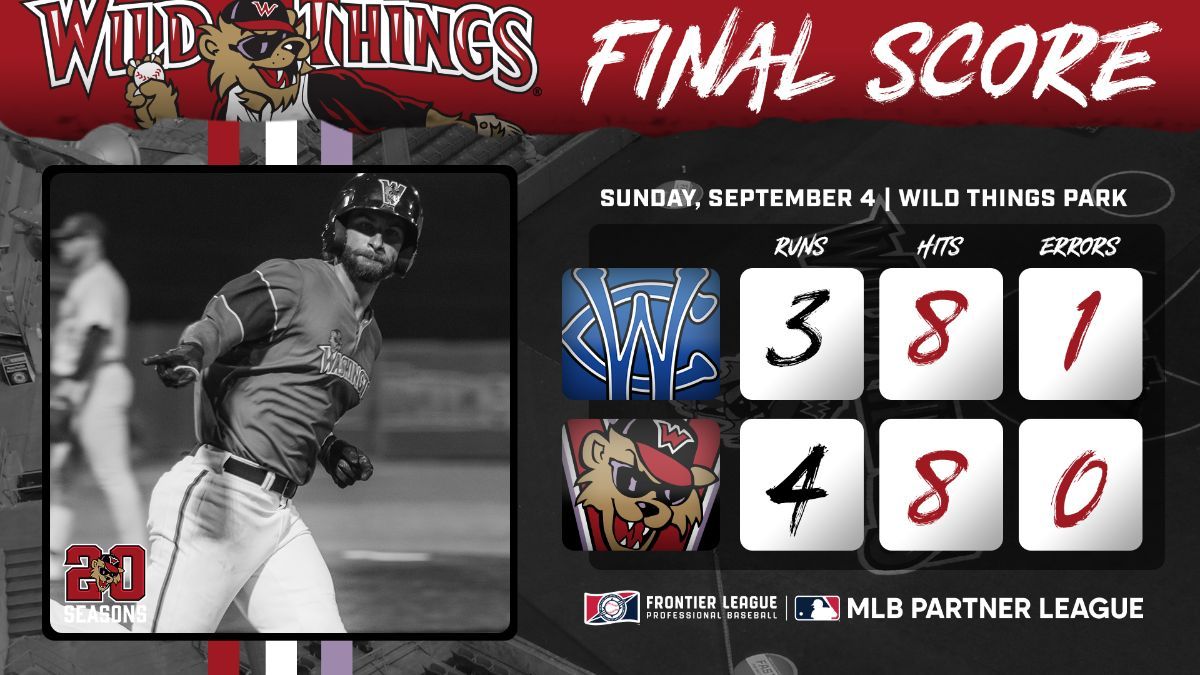 WASHINGTON, Pa. (September 4) – The Washington Wild Things wrapped up the 2022 regular season with a 4-3 walk-off win over the Windy City Thunderbolts. Anthony Brocato’s walk-off sacrifice gave Washington the win and the sweep over Windy City. The victory and the loss by Quebec against Ottawa gives Washington the top seed overall in the Frontier League postseason. Wagner Lagrange also tied the franchise record for hits in a season during the win.

The game was tied 3-3 going into the ninth. Washington’s Isaac Mattson came in that inning and struck out all three Windy City batters to send it to the bottom frame. Cole Brannen singled to right to make it on base, stole second and advanced to third on a bunt single by Nick Ward. Brocato sent Brannen home on the sac fly to center to secure the win 4-3.

With two hits this game, one in the fifth and another in the eighth, Lagrange tied the record for most hits in a single season by a Washington Wild Things’ player. His 125 hits equal Lance Koenig’s total in 2005.

It’s onto the postseason for the Wild Things. They’ll host the winner of the West Division Wild Card game between Evansville and Schaumburg. Games two and three will be in Washington September 11 at 6:05 p.m. and, if necessary, September 12 at 6:05 p.m. Tickets can be found at wildthingstickets.com.