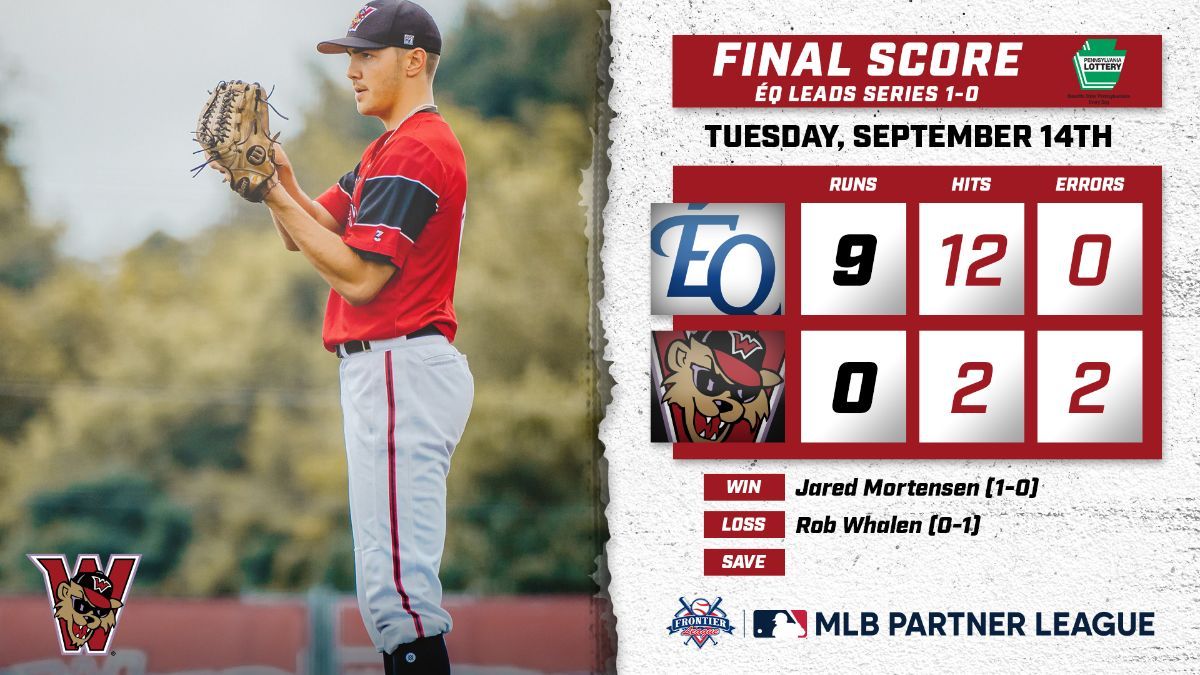 WASHINGTON, Pa. (September 14) - In Game 1 of the 2021 Frontier League Division Series Tuesday at Wild Things Park, Washington managed just two hits and was shutout by the Atlantic Division champs, Équipe Québec, 9-0 to give the visitors a 1-0 series lead. Ben Vicini was a bright spot, tossing two scoreless from the pen.

Jared Mortensen, after making four starts in the regular season for Équipe Québec, made the start for the Atlantic champs in the opener of the FLDS and was great, chucking seven scoreless frames with just two hits allowed: one to Scotty Dubrule and one to Andrew Czech. Mortensen, in his road debut, fanned eight and walked two.

Équipe Québec scored twice in the third on a two-run double by Jesse Hodges after the visitors left the bags full in the second. It'd add one in the third on a ground ball chopped back to the mound. Washington stranded the bases full in the third inning before Équipe Québec plated three highlighted by a two-run home run by David Glaude. Two scored in the seventh on an infield single on which an error was also made. Jeffry Parra added a solo shot in the eighth.

Ben Vicini worked two scoreless in relief of Rob Whalen, who suffered the loss after yielding six runs (five earned) over four innings. Marshall Shill and Nick Horvath worked scoreless innings in relief of Mortensen, who got the win.

Game two of the series is slated for 1:05 p.m., a start time that was moved up by the Frontier League earlier today due to the weather forecast.