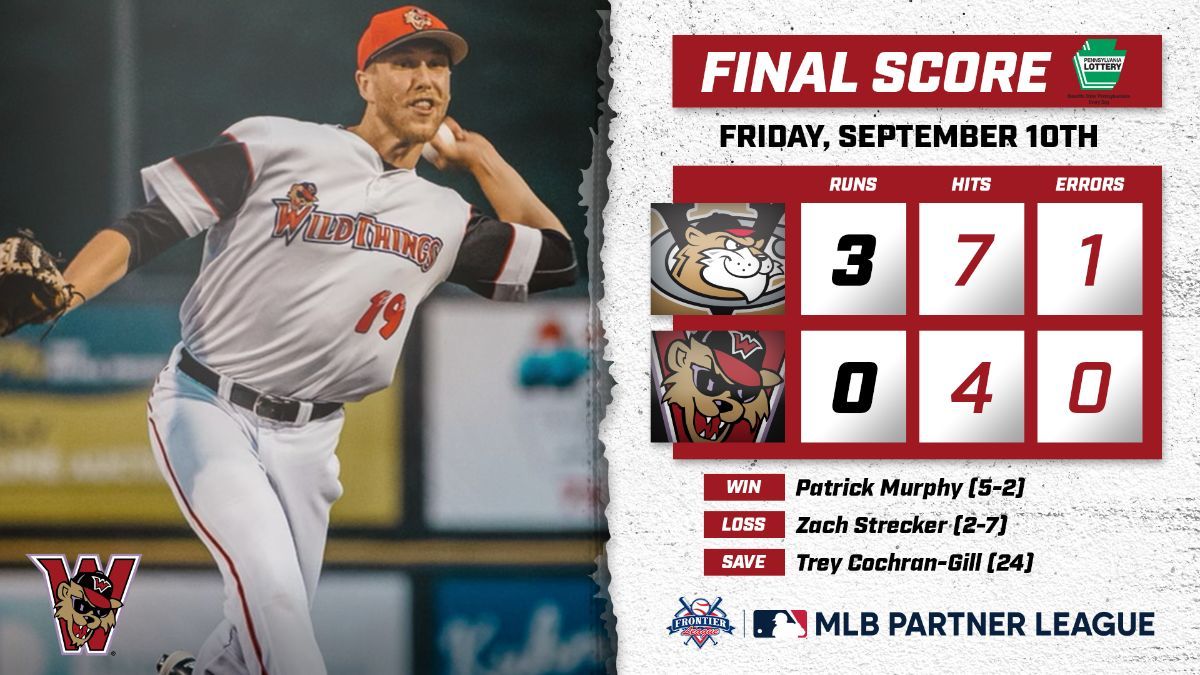 WASHINGTON, Pa. (September 11) - Tri-City stayed alive in the Atlantic Division race with a 3-0 middle game win against the Wild Things at Wild Things Park. Washington had three pitchers work scoreless outings in the loss, as they continue to gear up for the playoffs.

Tri-City got solo homers from Juan Silverio (2nd inning) and Luis Roman (8th inning) in the victory and also scored in the fifth inning on an RBI single by Jake Barbee. The first run came in on a the Silverio homer against Zach Strecker, who made his first professional start and went two innings. He suffered the loss. The second run came in against Keven Pimentel and the third against Kevin McNorton.

Cody Young had two of Washington's four hits in the loss.

Sunday is the final Kids Eat Free Sunday of the regular season and Halloween Night, presented by Moe's Southwest Grill and PA Cyber. Kids 12 and under get in for free and receive a free meal. First pitch is slated for 5:35 p.m. with gates set to open at 4:30 p.m.