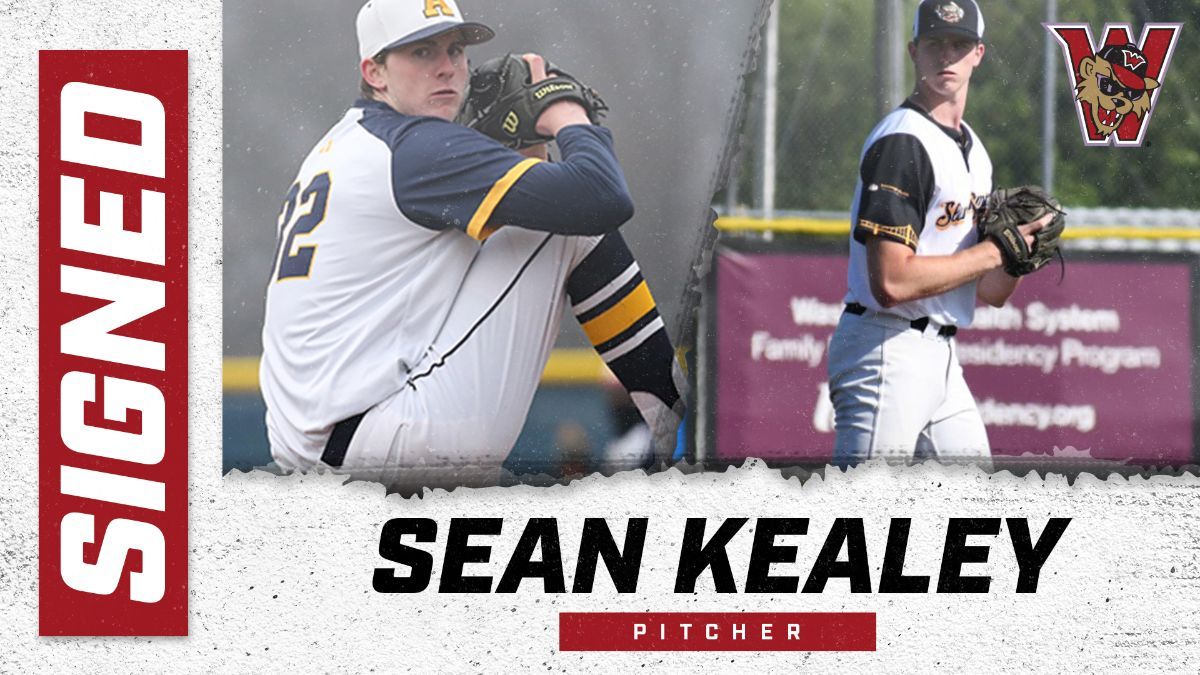 WASHINGTON, Pa. (April 30) - The Wild Things announced the signing of left-handed pitcher and Pittsburgh native Sean Kealey, who pitched for the Steel City Slammin' Sammies in pod play fresh off his time at Allegheny College where he matriculated to from Baldwin High School in Pittsburgh.

Kealey tossed eight innings across his five appearances at Wild Things Park this past summer. In that work, he walked four and struck out 15 opposing batters. He did not allow a hit or run.

"Sean had his senior season at Allegheny College get cut short and used those circumstances to showcase himself at the professional level," said president and general manager Tony Buccilli. "He presents a large frame from the left side and a pitch mix to challenge hitters from both sides of the plate. Sean should provide depth to our group, pitch in meaningful innings and receive great support from the local Baldwin community."

Kealey said the enthusiasm from the top for the team was a big reason he decided to sign to play this season.

"Tony was really enthusiastic about the direction that the team and the league was going in. I had been keeping in shape and contemplating a return and he made that decision really easy for me," said Kealey. "Playing professionally close to home in a league this talented is hard to pass up."

At Baldwin High School, Kealey was a two-year letterwinner. He'd head to Allegheny and pitched four seasons there, which included an NCAC Pitcher of the Year selection and multi-time all-conference honoree. Other local names to win Pitcher of the Year for the Gators are Canon-McMillan head coach Tim Bruzdewicz and W&J College head coach Jeff Mountain.

As a freshman, Kealey was 5-1 in 14 appearances (one start) and logged 25 innings. The next season he was named honorable mention All-NCAC after posting 53.1 innings across 11 appearances (nine starts) with 56 strikeouts. The yearly award came in 2019, where the former Highlander was 6-3 in 12 starts across 69.1 innings. He fanned 75 and allowed just 61 hits. His 2020 season was going well before the COVID-19 pandemic shut the season down. In 13 innings, he hadn't walked a batter and punched out 22 in two starts.

"I had a chance to play with a lot of the guys on the current roster last summer with the Sammies and against the Wild Things. For how brief the time was, my experience was great and my teammates were all pretty close-knit," said Kealey. "We all celebrated each other's successes and showed up every day trying to get better at a very uncertain time."

He described himself as competitive and enthusiastic, as every time he takes the mound he's looking to help his team win any way possible.

"Knowing that the defense reacts to the tone you set on the mound is something I've learned over the years and take pretty seriously," said Kealey. "In the dugout I just try to be the best teammate possible and set an example for upcoming players that have a similar path that I took in baseball."

He also said the easy answer to team goals is to compete for a championship, but he feels he has something to prove.

"I feel like I'm coming in with something to prove not only to myself but to everyone who has supported me in baseball," said Kealey. "If I get better every day and give my team a chance to win every time I'm on the mound then I think we are going to do some pretty special things this year."

In another move today, the Wild Things also announced the official signing of infielder Andrew Penner, whom the team selected in the Frontier League Dispersal Draft.

Kealey and his teammates report soon to prepare for the 2021 campaign, which begins at Florence Thursday, May 27.