Cody Erickson Back for Another Year in Washington 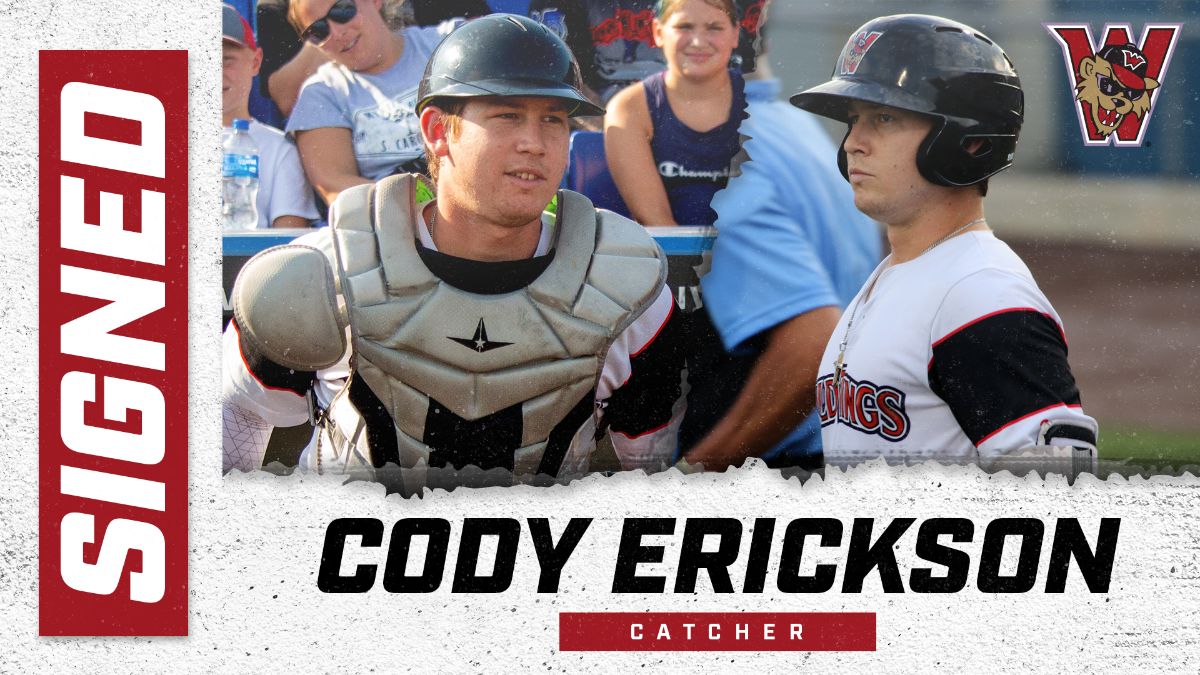 WASHINGTON, Pa. (March 11) - The Wild Things have announced the return of catcher/infielder Cody Erickson for the 2021 season. Erickson's contract has been extended for a third Frontier League season and second with Washington after the former Normal CornBelter came to the Wild Things for the 2019 season.

Erickson drove in five runs in nine games this past summer in pod play for the Wild Things after slashing .274/.314/.418 for Washington in 2019. The Arizona native roped 11 doubles, a triple and seven home runs while knocking home 39 that season.

"We plan to utilize Cody in more of a utility role this year to ensure his body can hold up to the rigors of a full season," said president and general manager Tony Buccilli. "He has shown to be an All Star caliber catcher in the league and now his versatility only provides us more options daily. Cody is a meaningful contributor to our run production efforts and has shown a commitment to being a team first guy."

Erickson said his decision to return and compete was easy.

"I love the game of baseball and another year to compete and show what this team can do [was appealing]," said Erickson. "There are a lot of good ball players coming back to Washington and I’m excited to get to work with them each day. My time with the team has been very memorable. I enjoy all the hard work that goes in day in and day out with the teammates and really awesome staff the Wild Things have. Everyone is very dedicated to do their part and it’s a great place to play."

While at Desert Mountain High School in Scottsdale, Arizona, Erickson was first Team All State, first Team All Section, and NE Valley Player of the Year as a senior. He played two seasons at Central Arizona College before signing his first pro contract with the CornBelters and hitting 14 doubles with 20 RBI and a .603 OPS in 64 games.

During the 2019 season, he was once Frontier League Player of the Week and threw out 43% of would-be base stealers.

"First, my personal goal is to work as hard as possible on and off the field to help this team in any way. I feel like if you put the team first in many aspects on the field then the personal goals and achievements will take care of themselves," said Erickson. "The team goal is to win a championship. As the competitor I am I want to go out there and win and I plan to work as hard as possible to hold that trophy up at the end."

Erickson and his teammates report in May in advance of the season opener, which is scheduled for May 27 at the New York Boulders.