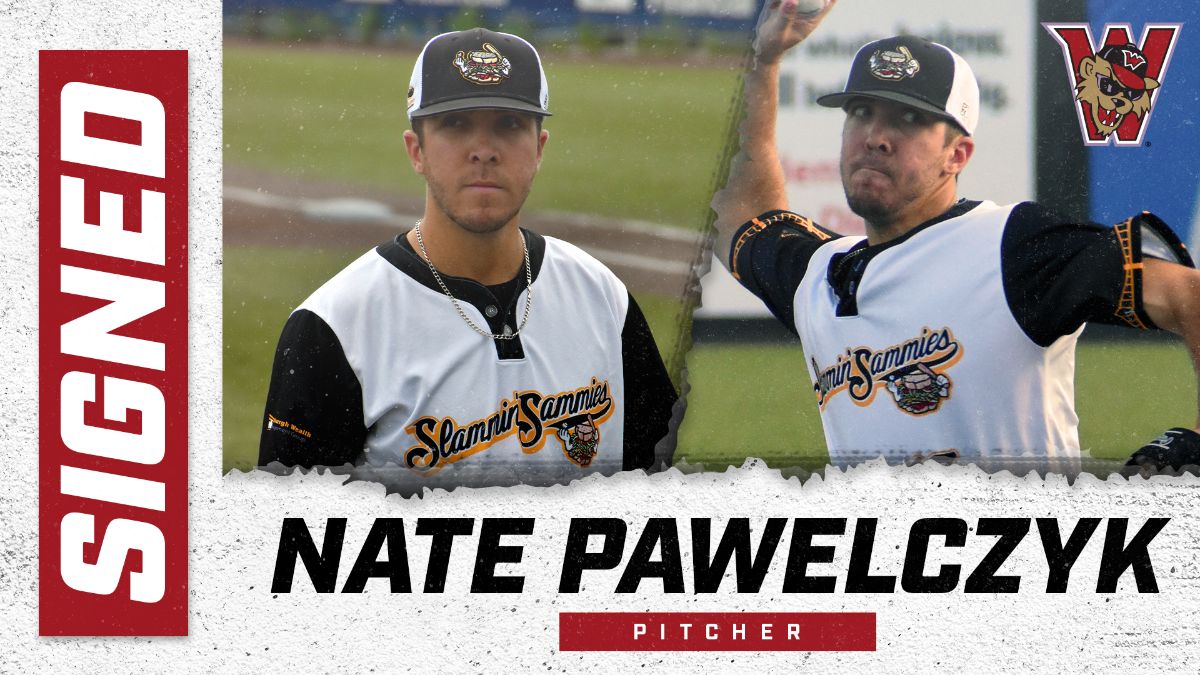 WASHINGTON, Pa. (March 2) - The roster for the 2021 Washington Wild Things has grown by one, as the team announced the addition of right-handed pitcher Nate Pawelczyk today. Pawelczyk started five games for the Steel City Slammin' Sammies in pod play in 2020 and is now set for his first Frontier League season.

Pawelczyk was 2-1 with a 3.29 ERA across 27.1 innings in the five starts for the Slammin' Sammies. He allowed 17 hits, 12 runs (10 earned) and punched out 34 during the summer of 2020. The work came off his only season pitching in the Chicago White Sox organization after he was drafted out of Winthrop in the 10th round of the 2019 MLB Amateur Draft.

"Nate has been attacking the off-season, looking to build on tweaks made this summer," said president and general manager Tony Buccilli. "The arm is a great foundation to pair with his desire to work efficient deep in games. A diverse rotation challenges hitters daily and we see Nate’s style as a great compliment."

Pawelczyk said he enjoyed his first experience with the Wild Things this past summer, which made it an easy decision to return.

"After my experience with everyone associated with the Wild Things last year, the decision was easy," said Pawelczyk. "From the fans that were able to make it out to the upper management I really enjoyed everyone around the organization. To boil it down to a few things is tough, but I would say the dedication to winning is probably my favorite thing about the organization. From the team they put together this year on paper to many other things, it's apparent that the goal is to win."

Pawelczyk, who will turn 24 in early June, pitched his way to a 3.81 ERA in 21 bullpen appearances for the Great Falls Voyagers (CWS, Rookie Ball) in the minors. He struck out 26 to just eight walks in 26 innings in 2019, while allowing 30 hits.

"As a player, I love to compete," said Pawelczyk. "I’m someone who goes out there and simply plays to win. On the field I’m a different person than off just due to competitiveness. But off the field I love to interact with fans after games. Personal goal is to stay healthy and continue to improve. My team goal for the year is to win the Frontier League."

Pawelczyk and his teammates report in May before May 27's scheduled-season opener at the New York Boulders. Pawelczyk will be joined by another pitcher as roster announcements this week. The next will be announced Thursday.