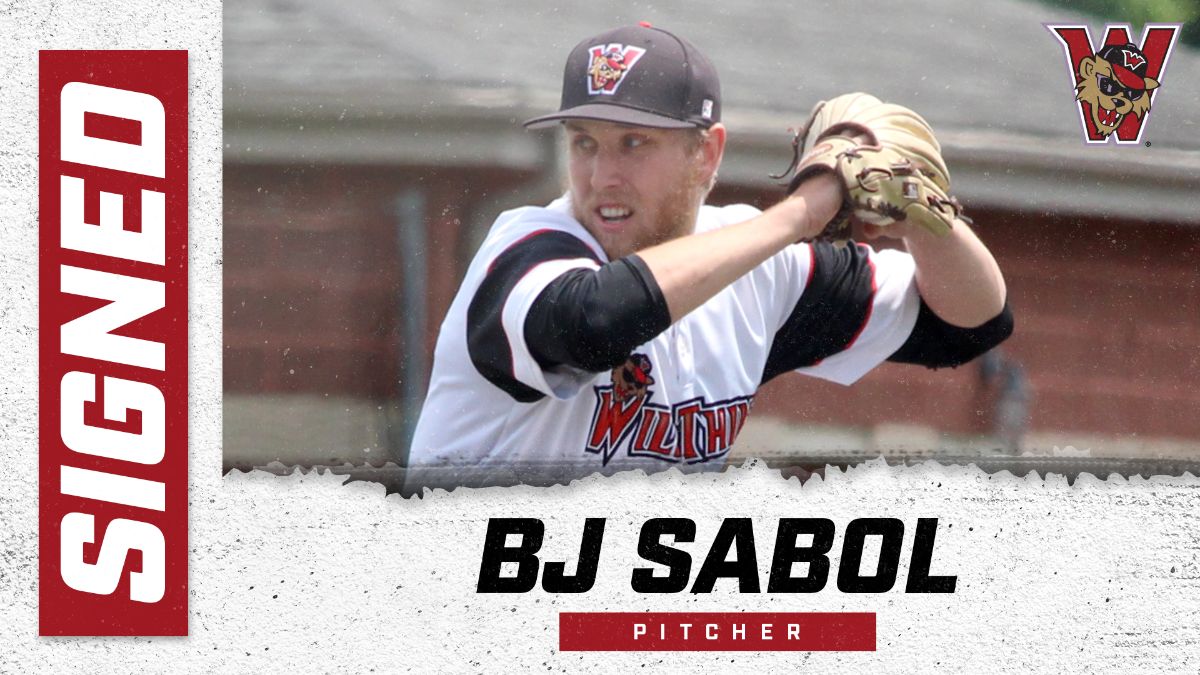 WASHINGTON, Pa. (January 12) - The pitching staff for the 2021 Wild Things grew today with the team announcing the return of lefty BJ Sabol, who will be with the club for a third season after beginning his pro career with the team in 2018. He becomes the eighth pitcher officially announced to the roster for the upcoming season.

Sabol returns after posting a 3.24 ERA in 44 games from the bullpen in 2019. He logged 41.2 innings and struck out 56 batters against just 17 walks. Left-handed hitters batted just .143 against Sabol that season. Out of 86 lefties faced, he allowed 11 hits, seven walks and fanned 35.

"We are pleased to have BJ locked in for 2021. He adds a dynamic layer to our bullpen, historically being one of the most dominant arms versus left-handed hitters," said president and general manager Tony Buccilli. "BJ has taken this extended time away to focus on his next level development and we look forward to showcasing his hard work."

Sabol did not play in the 2020 summer pod in Washington, but said it aided the urge to come back for the upcoming season.

"I was really looking forward to the 2020 season and when that was taken away from us I really had the urge to come back for 2021," said Sabol. "When I look back on the first couple years of being a Wild Thing the thing that sticks out to me are the teammates I had. The comradery that we all have with each other is truly unique. You don't always get that kind of cohesiveness in a locker room where everyone's competing for a job."

In 2018, Sabol appeared in 12 games and logged 13.2 innings with 15 strikeouts. In seven of those appearances he didn't allow an earned run. In only one of those did he allow an unearned run.

The start to his pro career came off a collegiate career pitching for the Indiana Hoosiers, where he was 7-3 in three seasons with a 3.70 ERA in 68 games, all from the pen. In 92.1 innings, he punched out 99 and allowed 76 hits.

Sabol said the layoff has allowed him to focus on some different aspects of training and other things.

"I have been really focusing on my diet and getting stronger. I feel like in the past I have been in good shape but lacked strength," said Sabol. "Over the last year, I have really been trying to hit the gym hard and move some weight. I am excited to hopefully see that transfer to the mound during the 2021 season."

He said he hopes for a bounce back from a team standpoint in 2021.

"As many people know, 2019 was a little bit of a let down especially after we had so much success in 2018," said Sabol. "I anticipate a much different 2021 season and I see the Wild Things as a serious playoff team. Our goal will be to reach the Frontier League Championship Series, as we did in 2018, but this time win it."

Sabol and the rest of the Wild Things will report in May to get ready for the 2021 campaign.