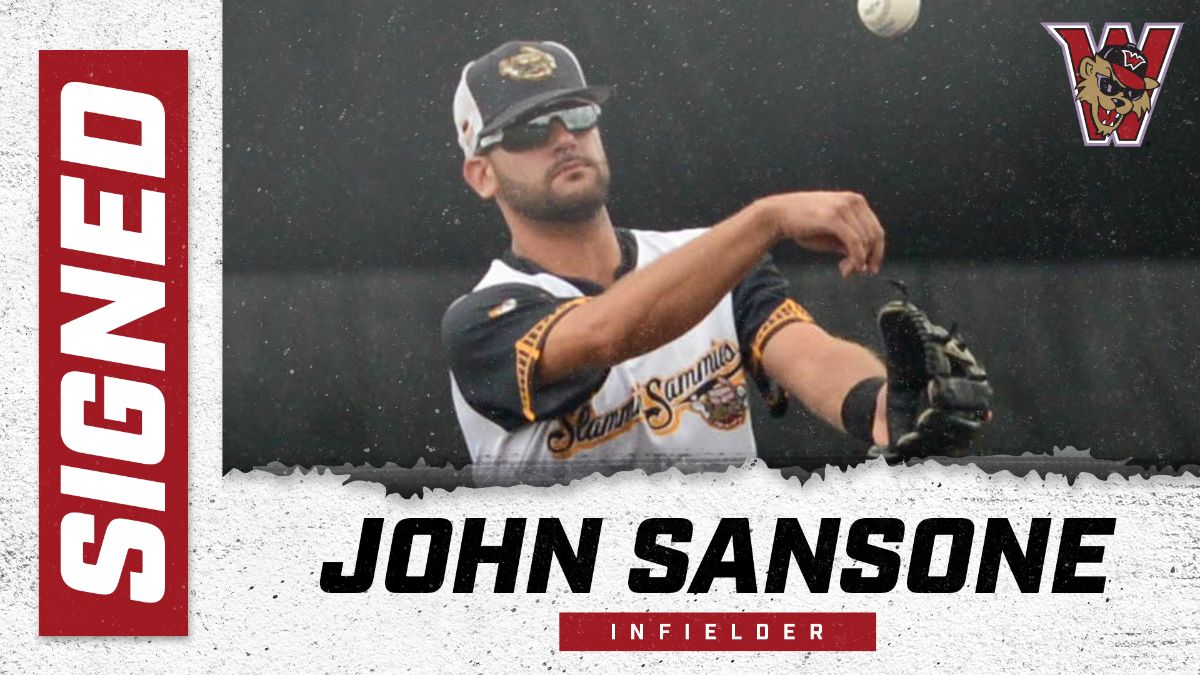 WASHINGTON, Pa. (November 10) – The Washington Wild Things have announced the signing of infielder John Sansone, a Pittsburgh native and Neshannock High School product, who played for the Steel City Slammin’ Sammies during Washington’s summer pod this past summer.

With the Slammin’ Sammies, Sansone hit .293 in 19 games, and drove in 25 runs to lead the pod. He tied for the team lead with six home runs, hit four doubles and had a slugging percentage of .587. Two of his home runs were grand slams.

“We were pleased to see John’s emphasis to run production in 2020. As a highly touted offensive player, we will continue to hold him to a high standard with his situational hitting,” said president and general manager Tony Buccilli. “We aim to bring back the level of consistency to his game, focusing on the quality of at-bats and executing with runners in scoring position.”

Sansone said he is excited to keep playing, and to continue playing close to home.

“I am just thankful for the opportunity the Wild Things are giving me to play,” said Sansone. “I enjoyed being close to home [and] having family and friends being able to come to games.”

The highly touted offensive ability Sansone has dates to his high-school career at Neshannock High School. For the Lancers, Sansone was a three-sport athlete. On the diamond, he was a four-year letter winner, hit 22 career home runs, batted .661 as a junior and hit .597 (40-for-57) with 40 RBI, 34 runs scored, 12 doubles, six triples and seven home runs as a senior. That season, Sansone earned All-State Pittsburgh Player of the Year honors. He was the WPIAL Class A Player of the Year as a junior, County Athlete of the Year as a senior and garnered ESPN Rise Magazine honors.

Sansone’s Neshannock teams won WPIAL championships in 2011 and 2012. The 2012 team defeated previously unbeaten California in the title game at then CONSOL Energy Park in Washington. The infielder was walked intentionally twice and had a triple in that game. Sansone also received four letters in basketball and scored 915 career points. He played quarterback for the football team for a season as well and accounted for 10 touchdowns.

He was drafted out of high school in the 39th round by Detroit but went to school instead. His career took him to Florida State where he excelled at the plate power wise, especially as a senior in 2016. That year, he appeared in 63 games and slashed .370/.455/.576 with 26 doubles, nine home runs and 65 RBI. He also reached base via free pass (29 walks, 14 HBP) more than he struck out (35 times) and was 2016 First-Team All-ACC and a third-team All-American (Louisville Slugger).

He was selected in the 8th round of the 2016 MLB Amateur Draft by the Reds, before starting his pro career with 50 games for Billings, the Pioneer League affiliate (rookie ball) of the Reds. He hit five home runs, had 12 doubles and drove in 25 while batting .285. In 2017, he played 107 games for Dayton (A, Midwest League) and hit 13 home runs and 22 doubles. He drove in 59. In 2018, he split time between three teams in the organization. Sansone played three games for Triple-A Louisville, 30 for Advanced-A Daytona and 60 for Dayton.

The next season saw him head to independent ball, where he hit six home runs and had 13 doubles in 47 games with the Lincoln Saltdogs.

Sansone said fans can expect him to play hard whether he is performing well or not, and that he hopes to have a successful year for himself that helps the team win a championship.

Sansone becomes the 11th player to be announced for the 2021 roster, and seventh position player. Another announcement is going to be made Thursday.