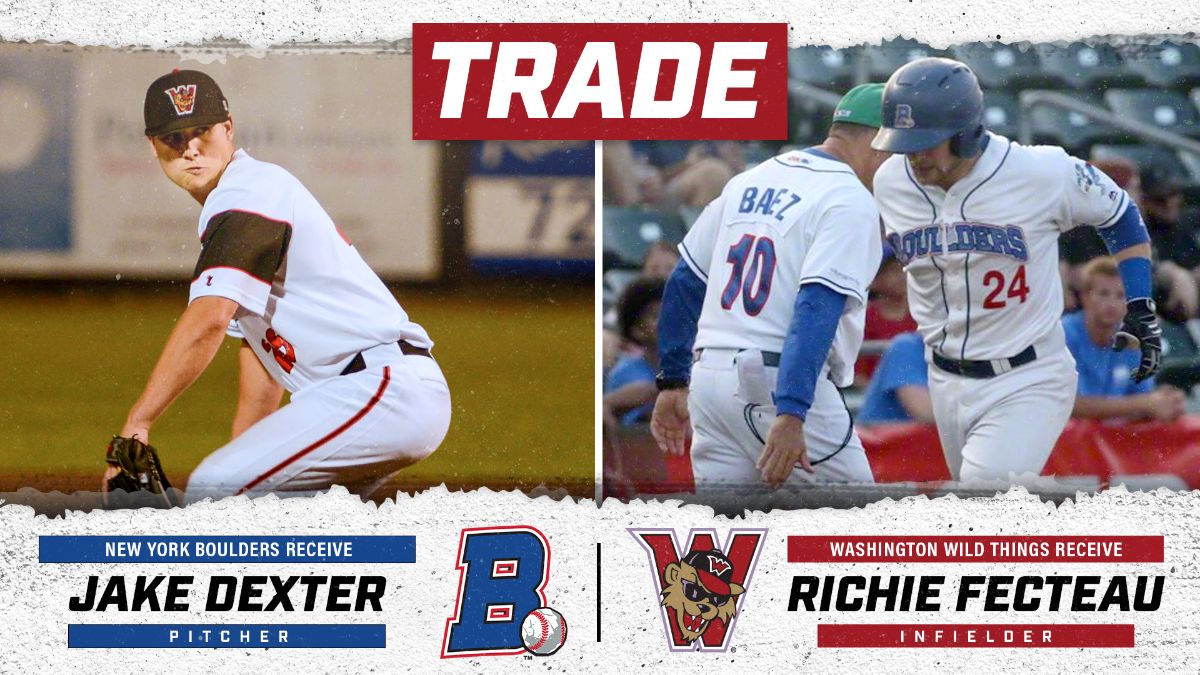 WASHINGTON, Pa. (October 30) – The Washington Wild Things have made a trade with the New York Boulders of the Frontier League, the team announced today. The Wild Things acquired infielder Richie Fecteau in exchange for pitcher Jake Dexter. Fecteau, a Newbury, Massachusetts, native led the Boulders with 16 home runs in 2019’s Can-Am League season.
The 16 home runs in 2019 tied Fecteau for the Can-Am League lead as well, as he and New Jersey’s Alfredo Marte both clubbed 16 balls over the fence in the final season of Can-Am play.
Dexter, a former Angels’ undrafted free agent signing and farmhand, made six appearances for the Wild Things in pod play this past summer and allowed two runs on six hits in 10.1 innings to go along with five strikeouts from the bullpen.
“We came close to acquiring Richie back in 2019 but things fell apart last second,” said president and general manager Tony Buccilli. “Richie is a left-handed hitting, corner-capable defender with extra base ability that fits our personality. We had to give up a legitimate bullpen piece to acquire him but our group believes there are aspects to his offensive production we can enhance.”
Fecteau was selected in the 39th round of the 2016 MLB June Amateur Draft from Salem State University by the Los Angeles Angels. He started his pro career with the Arizona League affiliate of the Angels in 2016, appearing in 34 games, before splitting time between three different teams in 2017.
That season, Fecteau played 58 of his 68 games for the Burlington Bees (Class A, Midwest) and hit .315 with eight homers and 44 RBI. He also hit 11 doubles. In 2018, Fecteau played in 85 games for Inland Empire (California League, Class A-Advanced) and hit .244 with four homers, 37 RBI, 13 doubles and eight triples.
After his release, his career wound up with the Boulders, where he slugged .480 in 2019 with 14 doubles, 16 homers and 38 RBI. He appeared at five different positions, with most of his work coming at third base (20 games). He also played 15 games at second base and 19 in right field. In affiliated, he played every infield position besides shortstop and catcher.
The trade serves as the first for the Boulders since March 9, 2020 when New York sent Robbie Gordon to Fargo-Moorhead (American Association) for Taylor Purus and a player to be named. It’s the first trade for the Wild Things since the team acquired Tommy Shirley from the Boulders on January 31, 2020.
PROUD SPONSORS OF THE WILD THINGS